Couple to shut shop after 10 years 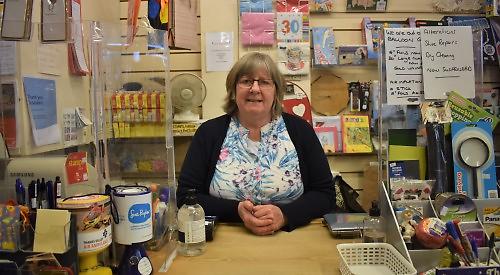 A FAMILY-RUN store in Sonning Common is closing.

Occasions, a haberdashery and gift shop in Wood Lane, will shut today (Friday) after Lynda and David Stiles decided not to renew their lease after 10 years.

The couple, who are both 62 and live in Winnersh, say they suffered financially as a result of the coronavirus pandemic and had to dip into their pension to keep the business afloat.

Mrs Stiles said: “Trading conditions, particularly over the last year, have been difficult and the three lockdowns did us no favours.

“The biggest turnover is at Christmas and as we’re currently running 45 per cent down on 2019, we just decided it’s not going to get better and to just bite the bullet.”

The couple bought the business in 2012 after they were both made redundant from their jobs in IT.

Mrs Stiles said: “I used to sew a lot as a kid, so we went to have a look at the shop and it was perfect.

“Then shortly after we started, I was approached by my previous employers asking would I go back, which I did, so for the whole time I have been doing two jobs.

“It was just easier to leave the store as it was. We really enjoyed being able to find things that people didn’t really think we would have.”

The couple liked to be involved in community events.

Mrs Stiles, who has since retired from her other job, said: “In the early days there were quite active community groups in Sonning Common which were always organising things in the village hall, particularly in 2012 with the Queen’s diamond jubilee. There was a tea party and they had lots of people make tea cosies so we enjoyed selling wool for those and being at the tea party itself.

“Generally, the community is great and we help sell tickets for events such as the Chiltern Players’ productions. We also love World Book Day as we get involved in helping people find things in the shop to make costumes.

“The shop never made a huge amount of money but it never really mattered as we enjoyed running it and it’s nice to have people coming in throughout the day and chatting to us. That’s not happening anymore because of the pandemic so a lot of what we really enjoyed has changed.”

Mrs Stiles, who is originally from New Zealand, said: “In some ways I’d have liked to sell the business to keep the continuity for people in Sonning Common as they like getting their cards here.

“The business mostly paid for itself and we made a little bit of money on top but in the last few years that extra little bit hasn’t been there so we made the decision to cut our losses.

“We had to decide to negotiate a new, shorter lease, as I wouldn’t have it for another 10 years, and wait until covid disappeared and then sell the business or decide that it was not going to get better quickly and not renew the lease.

“We looked at our pension and thought we could probably just manage retirement. I’d like to go back to New Zealand for a long holiday and we’ll make a decision about whether to retire in England or there.”