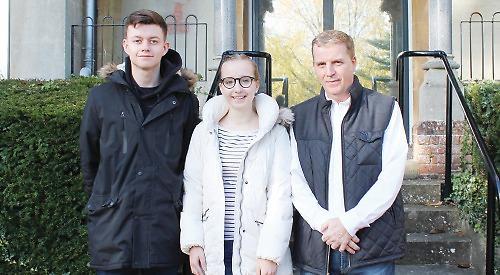 FORMER student Giles Trendle visited The Henley College to speak to students about his role as the managing director of the Al Jazeera English TV channel.

The channel has won Peabody and Emmy Awards.

Mr Trendle oversees an editorial staff of more 400 people, who are based in Doha, London, Washington and Kuala Lumpur as well as in more than 70 bureaux around the world. These journalists produce a range of content including news bulletins, documentaries and talk shows for TV and digital platforms.

Mr Trendle also liaises with the channel’s international relations team that is involved in communications, marketing and distribution.

He joined Al Jazeera in 2004 to work on the Arabic channel’s flagship investigative documentary show before moving to Al Jazeera English ahead of its launch in 2006.

He began his career in the Eighties as a freelance print journalist based in Lebanon covering the civil war there.

Broadcast journalism student Karolina Kaczorowska, 16, said: “I really enjoyed the talk. It helped me understand the role of journalism in a troubled world.

“Giles explained how, although the work done by Al Jazeera journalists could be very dangerous, it matters because it helps give people information that is reliable and has not been twisted in a political way.

“I was inspired that people were willing to put their lives in danger to produce programmes which give audiences an accurate picture of the world.”

Charlie Swadling, 17, said: “Listening to someone who had been a student at The Henley College has helped inspire me to go into journalism.”