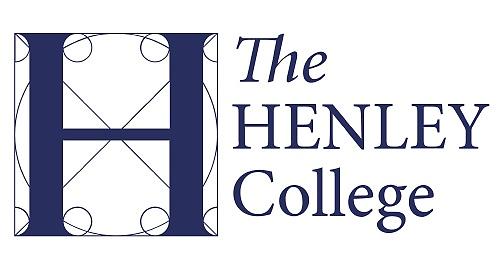 DOZENS of teenage rugby players will miss out on an academy programme with Premiership side Wasps after a partnership with The Henley College was axed.

The club has decided to end its advanced academic and sporting excellence training scheme at the college after seven years.

It wants to run the programme somewhere closer to its base in Coventry, where it moved to from High Wycombe in 2014, so it can provide greater support.

There will be one more year of the scheme before it closes.

The programme was popular as it offered youngsters professional training alongside their studies.

Now those who planned to join the college in order to take advantage of it will have to travel to Oxford four times a week or relocate to a college in the city in order to benefit.

Gareth Harris, head coach on the scheme at the college, emailed parents to explain what had happened, saying he had been asked to pass on the information by the head of the Wasps academy.

Trials for the college scheme took place in January and February. The students who were successful have signed up to take A-levels or BTEC qualifications at the college in September as part of the development programme.

Mr Harris insisted that the quality of the programme would not suffer.

He wrote: “I’m extremely passionate about the development of the boys within the squad and their potential as a team next season.

“I feel that they have made significant strides since Christmas, in particular, and I’m massively excited about what they can achieve going into next season.

“The move will not impact upon the level of support from our support services, including physiotherapy, strength and conditioning and pastoral support.”

Mr Harris offered to speak to parents who had concerns.

Dave Paradise, who runs the under-16s squad at Rams Rugby Club in Sonning, said three of his players would be affected.

He said that in order to get to training in Oxford, the college would organise a minibus, which would be means-tested so pupils who could afford it would have to pay.

He said: “It is potentially going to  affect 40 other lads. They are still trying to work out what they are going to do.

“I have no issue with closing the scheme but the way they did it is disgusting.

“The boys are literally weeks away from their GCSEs.”

A spokeswoman for The Henley College said: “The college has received notification that Wasps Rugby Club intend to move their AASE programme from Henley, drawing the seven-year partnership to a close.

“The announcement follows Wasps’ relocation to Coventry and plans to centralise their provision moving forwards.

“The change will not be immediate, with Wasps confirming that current year 1 students and those who have been offered a place on the AASE programme at The Henley College for the 2019/20 season will still be provided for by Wasps as the club ensures a smooth transitional process.

“The Henley College is in discussions with Wasps regarding the details of the transition and are working to secure a continuous quality provision for its students.”