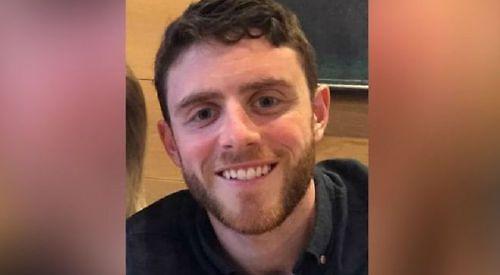 TRIBUTES have been paid by staff at The Henley College to murdered police officer Andrew Harper, a former student.

Pc Harper, 28, was killed while responding to reports of a burglary in Sulhamstead on Thursday last week and was dragged along the road by a vehicle.

He and his wife, Lissie, both studied at the college after starting in 2007.

In an email to staff, principal Satwant Deol said: “As educators, we all have a part to play in the future hopes, dreams and successes of our students and to hear that such a young life is cut tragically short is so unjust.

“We can only hope that the perpetrators are brought to justice.

“I am sure you will join me in wishing Pc Harper’s wife, family, friends and colleagues our deepest sympathies.”

Lynn Jenkins, a former head of faculty who taught Pc Harper, said: “Andy was a really hardworking student, so conscientious and always prepared to go the extra mile to get things right.

“I remember him at 17 speaking about his passion for policing. Even at such a young age, he was very clear that this was the career for him.

“There was no plan B for Andy, it was all about getting into the force.”

Clare Forgie, a former curriculum leader, said: “Andrew fully participated in all aspects of college life, including trips and extracurricular activities such as rowing.

“Even then he was totally focused on having a career in the police force.

“Andrew always took a considered approach to his studies and was never afraid to argue his point of view if he felt they were unjust.

“Personally, I have found this devastating, especially when I see his smiling face in the media.”

Mrs Harper called her husband of four weeks the “kindest, loveliest, most selfless person” you could ever meet.

She said: “You were brave, funny, and always there for anyone who needed it.

“We had so many plans for the future, you wanted to do it all. My darling boy, I do not know how I will be able to survive without you.

“Anyone who was lucky enough to meet you, whether they knew you as Andrew, Andy, Uncle Mann, Harps or PC Harper... to everyone you are a hero.

“My heart is broken without you, my sweetheart, but my God, I feel so lucky that it was me you chose to share your amazing life with.

“You have imprinted so much love and laughter on to all of our lives and we are honoured for that.

“I will never ever stop loving you and I feel so grateful for the happiest 13 years of my life.”

• Jed Foster, 20, from Reading, has been charged with the murder of Pc Harper. He appeared at Reading Crown Court on Wednesday but did not enter a plea and was remanded in custody.