Salon comedians are ready to make a good impression 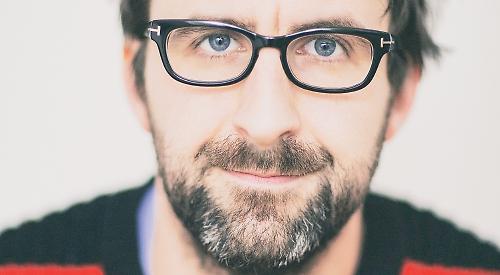 IT’S long been renowned for its top-flight musical headliners but these days the Henley Festival is good for a laugh too.

Paul Merton, Lee Nelson, Lucy Porter, Phill Jupitus and Dominic Holland are among the 25 comedians performing at this year’s festival, which starts on Wednesday (July 11).

Headlining at 9.15pm on the opening night is Mark Watson.

An Edinburgh Festival Award-winner who scooped Time Out magazine’s coveted Critic’s Choice Award in 2006, Watson has more recently appeared on Celebrity Island with Bear Grylls, having previously featured on such TV favourites as Taskmaster, Have I Got News For You, Would I Lie to You? and Live at the Apollo.

What’s more, Watson is also the author of six novels, a carbon footprint memoir called Crap at the Environment and a graphic novel with the artist Oliver Harud.

As a multi-talented chap who’s clearly willing to turn his hand to most things, when did he first realise he had a talent for comedy?

“I tried it for the first time at university,” says Watson, “but I’m still trying to work out whether I’ve got a talent for it.

“Starting out, I hadn’t seen much stand-up so I was influenced by things like The Simpsons or The Fast Show. But these days my inspirations are also my friends — people like Alex Horne and Tim Key — and that’s a nice situation to be in.”

Having set out to make it as a stand-up, did he have a Plan B for if it didn’t work out?

“Not really, because there was hardly a Plan A. I was desperate to be writing in some way, so I was always going to keep doing that and hammering on the door until someone listened.

“I love sport and I’d have quite liked to be a football journalist or even a commentator, but I doubt I would have thrived in a career as competitive as that. Comedy is competitive, of course, but there are more ways in.”

As someone who writes for a living, with both fiction and non-fiction titles to his name, which does he find easier — writing comedy scripts or books?

“I don’t find any of it that easy, but I think in some ways I’m more suited to writing novels. Script-writing is tough because it’s so hard to tell whether a joke is funny on the page.

“Also, far more people are involved with scripts, including usually a few people who wouldn’t know a joke if it slapped them around the face. With a novel there’s more contemplation and solo effort — I like that.”

A seasoned stand-up, how does Watson relax after a show?

“I like to drink wine and look up at the night sky, thinking about how old the universe is. I can do the two things in either order or together.”

Is there anything on the Mark Watson bucket list that he would admit to?

“I want to run a marathon. I’ve been putting it off a long time — I’ve done half-marathons and plenty of shorter races, but never the big one. It’s just that the amount of training bites a big chunk out of your life and I don’t have many of those chunks to give away. But it’s nagging at me.”

Watson, 38, is married to Emily Watson Howes, a fellow writer-performer and theatre director. The couple have two young children.

As a parent, Watson must be fairly well used to passing on what he knows, but what’s the best advice he’s ever been given?

“Nothing anyone else says or does is under your direct control,” he says. “You can only ever control what you yourself do. Therefore you should only ever focus on that. Like a lot of great advice, it’s very difficult to follow.”

Watson just about survived his televisual brush with Bear Grylls. “It involved being on an island off Panama without food, water or shelter for a month. No spoilers but it was bloody horrible.”

You would understand if he wasn’t keen to have much more to do with “celebrities” for a while, but if he could invite any three or four people to his dream dinner party — living, fictional or historical — who would he pick?

“We’ll go for one of each — Derren Brown, Peggy Olson from Mad Men and the Victorian author George Eliot. It’s going to be quite an evening!”

The same could be said of the festival Sunday at 7.15pm, when Dead Ringers impressionist Jon Culshaw and BBC comedy producer Bill Dare will be taking to the stage with their show “The Great British Take Off” — which enjoyed a sell-out theatre tour earlier this year.

Join them for an evening of unscripted, unrehearsed and spontaneous comedy as politicians, sports personalities and celebrities all come in for a roasting.

Culshaw and Dare will be revealing some of the mishaps and mayhem of life behind the scenes in television and on the celebrity circuit during the course of a topical, satirical, anecdotal and highly entertaining show that’s never the same twice.

Lancashire-born Culshaw, 50, is best known for his work on Dead Ringers, which was devised by Dare and first aired on Radio 4 in January 2000 before transferring to BBC Two two years later.

Alongside the likes of Alistair McGowan and Rory Bremner, he is one of Britain’s best-loved impressionists, but when did he first realise he had a talent for it?

“I was certainly school age,” he says. “I must have been a born mimic — I used to impersonate relatives, neighbours, school teachers. The latter went down well with my fellow pupils!”

Discretion wasn’t always the best part of valour for the young Culshaw, however, and he was often held back at the end of class, when the teacher in question would stop him to ask “Do I really sound like that?”

The Seventies were also something of a golden age for TV impressionists, as Culshaw recalls. “I grew up around seven to nine years old watching Mike Yarwood on the television and he really impressed me — especially the way he used split-screen technology to apparently interview himself.”

Culshaw was still a teenager when he started working in hospital radio in his native Ormskirk. The year was 1987 and he would occasionally read out the weather forecast in the voice of Frank Bruno.

This led to voice-over work but his big break came in the early Nineties with Spitting Image, where he voiced around 40 characters including the then prime minister John Major.

Having been in the game for so long, has it got easier for Culshaw to perfect an impression?

“It really depends on the person. Characterisation is very much like drawing — you have to find those distinctive things about a person and build it around them. Like, for example, the two sides of Jeremy Corbyn — the hushed tones as he is trying to control a political interview, then the more rabble-rousing ‘Hello Glastonbury’ tone when he is addressing a large group of people.”

Working alongside other radio and TV impressionists on shows like Dead Ringers, which returned to Radio 4 in 2014, can also be helpful when it comes to nailing a character.

“Oh, definitely. When other impressionists look at someone to impersonate they may find a different angle or attribute, so it is always useful to compare notes.”

How does Culshaw find doing character impressions on the radio compares to TV? Does he use any props to get into character?

“Quite often there isn’t the time for props, but despite the fact that it is radio I still find myself doing the facial expression to go with the interview.

“When you’re doing a show where you switch between impressions you do not really have time to think of techniques for each person — they need to be ingrained in your subconscious.”

Then there’s live work. How does Culshaw relax after a theatre show?

“I love to wander outside and meet the audience afterwards, then wander back to the dressing room and our tour manager Jo has usually sorted out a red wine for me and a beer for Bill.”

What is the best advice Culshaw has been given?

“The advice was not given directly to me. I played David Bowie as a straight role in a play and researched him a lot for the role. One of his major philosophies was that if you are comfortable in a role or position then that is not good for you — you should always be pushing at the walls of your comfort zone to achieve satisfaction.”

Culshaw impersonates many other people, but if he were to find himself on a desert island — with or without the assistance of Bear Grylls — who would he like to have with him?

“I would love the solitude, but I think it would be great to have the late, great Sir Patrick Moore. Wherever we had ended up on the planet, I have no doubt he would be able to slowly teach me the constellations we could see from our island.”

Culshaw is something of a teacher himself, having once been called on to help a fellow actor prepare for a stage role.

“When Rik Mayall was performing The New Statesman on stage, the idea was that he had Tony Blair in a wooden crate in the middle of the stage, and I was coaching one of the actors to impersonate Tony Blair. He was getting very good at it but they decided my voice on a tape would be the safer option.”

• For more information and to book tickets for the Salon Comedy Club, visit www.henley-festival.co.uk/2018-programme