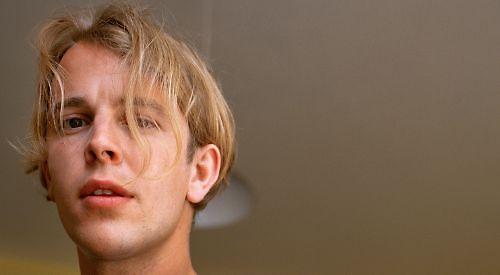 ORGANISERS of this year’s Henley Festival say they are encouraged by ticket sales so far.

Several sections of the spectator areas have already sold out on three of the five nights and there’s limited availability in other price bands.

The best-selling night so far is the Saturday when Bjorn Again will perform.

Lawn seats and general admission tickets have sold out and there are only nine grandstand A tickets left with very limited availability in grandstands B and C.

Head of marketing Jo Bausor said: “I think it’s the appeal of ABBA and especially with Mamma Mia! Here We Go Again being launched last year. I think it goes across the ages as well. There’s an enduring love of ABBA and Bjorn Again are amazing and are the only ones that have been endorsed by ABBA.

“There’s a really broad appeal — it’s Saturday night, it’s party night and we’re open until 2am so you are guaranteed a good time that evening.”

The second best-selling evening is the Friday when Tom Odell will perform on the “floating” stage followed by DJ Jo Whiley playing rock anthems from the Nineties.

Both lawn and general admission tickets have sold out and there is limited availability in the grandstand.

Mrs Bausor said that the opening night, when Boy George will perform, was also selling well.

Mrs Bausor said this evening was proving to be popular with corporate guests and sponsors.

She added: “People can’t wait to see Boy George. I think a lot have seen him at various stages in his career and he always gives an amazing performance.”

There is currently good availability for all ticket levels for Jessie J’s show on the Thursday night.

The singer last performed at the festival in 2015 and her set will be the first of three annual retrospectives in which some of the festival’s most popular artists will return in the run-up to the event’s 40th anniversary.

Mrs Bausor said the show would give children, who were not old enough to see her the first time around due to the event’s age limit of 14, an opportunity. “Jessie J is still very current and she’s a brilliant performer,” she added.

There is availability across all ticket levels for the final night of the festival on the Sunday when the Royal Philharmonic Orchestra will stage Classic FM: A Night at the Movies.

This will feature popular classical music used in films over the last 50 years together with some of the greatest Oscar-winning original soundtracks.

Mrs Bausor said it was the slowest selling night so far but still an important part of the festival.

“We’re not expecting it to sell out but we would hope we would do better than last year and the signs are encouraging,” she said.

“The weekend nights are more popular but that’s quite normal and all the nights are doing quite well.

“Elton John aside, we tend to sell out the weekend more quickly so it’s a normal buying pattern.”