‘We tried to sign up Rod Stewart and Kylie Minogue’ 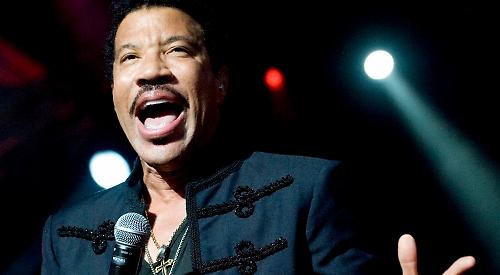 THE Henley Festival programme is always hotly debated when the line-up is announced each year but Ms Geeves says it should always be varied.

She said the festival tried to attract the best performers available and it could be difficult to match up with artists’ schedules.

In recent years they had unsuccessfully tried to sign up both Kylie Minogue and Rod Stewart.

Ms Geeves said: “The festival needs to keep a varied programme. It’s not about having pop music all night long.

“The board is committed to delivering a varied programme for the audience, including classical.

“Our audience feedback, which includes word of mouth, through the Henley Standard and the surveys we carry out, supports this.

She added: “Lionel Richie is up there for one of my favourites and watching the audience last year with Nile Rodgers was incredible — I have never seen an audience respond in that way before. Personally, I really liked Goldie when he performed with the Heritage Orchestra. He wasn’t a huge hit with audiences but it was an extraordinary performance.

“I also thought that the English National Opera last year was something very special.”

She said her five highlights were:

• Opening up the Family Sunday to Camp Mohawk and witnessing 250 families come to the festival, who would never have come otherwise.

• Working with the Charlie Waller Memorial Trust and Teenage Wilderness Trust for the last two years.

• Working with and developing an “amazing” team who were instrumental to the success of the festival.

• Watching Shirley Bassey warm up on stage during the Saturday afternoon in 2016 and then watching her perform.

• Seeing the entire audience, including the grandstand, up on their feet, dancing and singing along to Nile Rodgers in 2018.