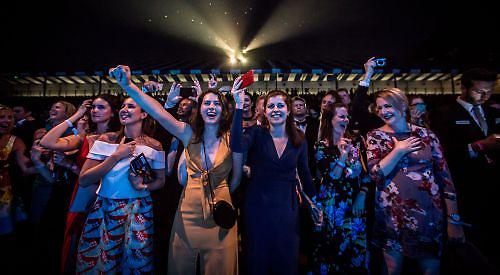 THE line-up for Henley Festival’s Summer Fling has been announced.

The one-off pop-up “party” will be staged at Butler’s Field in Remenham from Thursday to Saturday, July 8 to 10 and feature celebrity DJ sets.

The final night will have a performance from The Bikini Beach Band, who play guitar-led instrumental music, and ending the evening with a DJ set is Trevor Nelson MBE.

The festival, which costs £50 for general admission, will also include street food, bars, a Moet Champagne Garden and a Champagne slushy machine.

Jo Bausor, CEO of the festival, said: “We’re so excited to be bringing the party back to Henley and invite everyone to come along and celebrate the return of live events and have a fabulous evening with us.”

The Henley Festival itself will take place from Wednesday to Sunday, September 15 to 19 with practically the same line-up that was due to appear last year until it was cancelled due to the pandemic.

The headliners are Madness, James Blunt, Sophie Ellis-Bextor and Sara Cox with Kathy Sledge of Sister Sledge and Don’t Stop Me Now, a “rock and symphonic spectacular”.

Both the Summer Fling and festival are subject to a premises licence being granted by Wokingham Borough Council.