Comic sees the funny side of British Empire 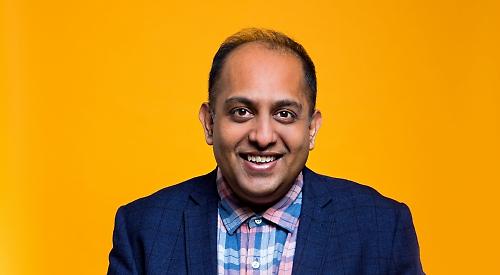 ANUVAB PAL is preparing to make an exception for Henley.

The 45-year-old, whom the New York Times called “India’s most intelligent comedian”, is currently to be found at London’s Soho Theatre, where he is performing his new touring show, Democracy and Disco Dancing.

But when he headlines the Henley Festival’s Salon Comedy Club at 7.30pm on Wednesday, Anuvab has something a little different in mind.

He says: “I don’t know if this is presumptuous of me but a lot of our work as comedians is picking the right jokes for the right event.

“I talk a lot about the British Empire in India — or I used to, a number of years ago.

“And I was thinking, you know, I’ve all these jokes about India and history and I thought, ‘Oh, the Henley audience would really appreciate that, you know?’

“But that’s an assumption you go with and if suddenly I was in the middle of it and it’s not working then I’d switch to much more contemporary things, like being fat and going for yoga, for example.

“So you have to be flexible. It’s a bit like playing jazz music.”

Anuvab is the first to admit to having felt a little rusty after more than a year and a half of being unable to perform live stand-up due to the coronavirus pandemic.

“Oh, just the whole thing was upended!” he exclaims.

“The first show I did in the UK since then was about four weeks ago at a small place in Brighton.

“In between, of course, we had shows on Zoom and I did stuff for Radio 4 and various other things.

“But it’s 18 months now not performing — I thought I’d forgotten how to do it, and I had actually forgotten some of the basic mechanics of it.

“It all came back, though, as I started doing it.

“I spent quite a bit of the pandemic sitting in India and, of course, we’re reading all this news around the world and I’m worried about family and parents and
in-laws and all of that.

“But then I’m still trying to figure out, you know, I did five years of stand-up in the UK before this — am I going to be able to do it again when I go back? Will it ever
re-open? You know, it’s all these thoughts. So it was nice to get out there again in Brighton.

“And it needs work. It’s like if you play some sort of sport — if you haven’t played it for 18 months, it’s that kind of thing. The mechanics slowly start coming back.”

As someone who also writes novels, plays and films, Anuvab thinks of his stand-up performances almost as a kind of music.

“I look at it quite differently from writing other things,” he says.

“I see it as a collection of 30 or 40 songs that you’ve written and you keep adding songs along the way. I think of a joke or an anecdote as small paragraphs, but in my head they’re like songs.

“Of course, you have to react to how the world is changing. You can’t have stuff that’s too old, so you just delete certain songs and you pick certain things for certain venues.”

Living in the time of the Rhodes Must Fall protest movement, British people are understandably wary of talking about the country’s colonial past.

But Anuvab has no such worries and is convinced that there is a funny side to how the British governed India that has yet to be teased out.

He says: “It’s so interesting because the aspect that people focus on is the history of the Empire. You know, all the serious stuff. But people often gloss over some of the day-to-day minutiae.

“If you go to the British embassy there’s this outstanding stuff about how basically no more than 5,000 Englishmen ran an empire covering 300 million people.

“I mean, yes, they had the Jallianwala Bagh massacre and Gandhi and all of that, but before that was a significant period of no revolution.

“Basically, they just went about the business of dealing with petty property disputes and fights between Indians they had to solve and set up little courts of law.

“I thought, that has the potential for very Yes, Prime Minister-type follies, if you will.

“I did some research and picked out some bits of that to look at, such as when gin and tonic was introduced in India and how that went out and things like that.

“I always thought that enough time had passed but, of course, there’s all this analysis about the Partition and the seriousness and it’s all grim and sad.

“But there has got to be some things that happened during those years that were funny.”

In the summer of 2018, two years before the toppling of Edward Colston’s statue in Bristol, Anuvab and fellow comedian Andy Zaltzman made a two-part series for Radio 4 called Empire-ical Evidence that traced the rise and fall of the British Empire by looking at what had been left behind by it.

He says: “Before the Bristol incident happened we examined statues in India and Britain. You know, what kind of statues exist?

“Interestingly, one of the statues we looked at was General Sir Charles Napier, who sits right in the middle of Trafalgar Square.

“And there’s some controversy about him, that he did war crimes and we need to take down his statue. There’s some talk about that.

“But at the same time I discovered the statue of Charles Napier sitting in Kolkata that just got repainted.

“Because in India people just look at it as a nice statue — they’ve forgotten, you know? They don’t have the sort of Empire conversation that’s happening in the West and sort of the guilt associated with that.”

• Anuvab Pal plays the Salon Comedy Club at the Henley Festival on Wednesday at 7.30pm. For more information and to book tickets, visit www.henley-festival.co.uk