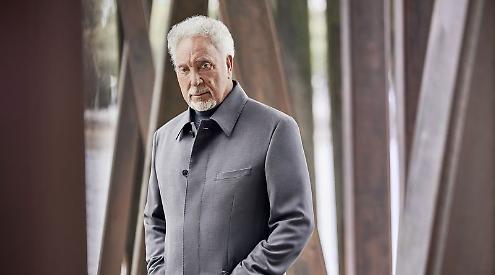 THE Henley Festival will be celebrating its 40th anniversary next week with a distinctly Welsh flavour as Tom Jones and Katherine Jenkins both
headline.

The pair have been before. Sir Tom, who is still something of a heart-throb at age 82, was here in 2011 while Katherine, the mezzo-soprano originally from Neath, was here in 2009 and 2012.

He will be performing on the “floating” stage next Friday night while she will be appearing on the final night along with co-headliner Jack Savoretti, an acoustic singer who lives in Oxfordshire.

Katherine, who turned 42 this week, will be accompanied by the National Symphony Orchestra as she performs a selection of works from her classical repertoire.

“I love the festival,” she says. “With it being their big anniversary year, it’s really special to be invited back.

“I have attended it in the audience as well and it’s so much fun – it’s so quintessentially English and there’s nothing like it. Whether I’m in the audience or on the stage, I’m always thrilled to be there.”

She recalls that in 2019, when she attended with her husband, American artist and film producer Andrew Levitas, they enjoyed a special treat.

“Tom Odell was on and he sang our wedding song, Grow Old with Me, so my husband and I danced away in the stands.”

Katherine particularly enjoys dressing up for the black-tie event.

She says: “It’s wonderful to see people making it a big occasion for themselves. They get all dressed up. But sometimes, you’re looking out, thinking, ‘Hang on, is there someone who has got a better dress on than I have?’

“When you are performing, you arrive at the stage by a car — that’s a tradition at Henley and something I always remember.

“How does the dress fit in the car? Not so easily for me...”

So will she be hanging out with her fellow Welsh legend over the weekend?

“While I’m invited on the Friday, I’m probably not going to allow myself to go because I would have too much fun,” laughs Katherine. “I think being out with Tom at the Henley Festival might not be a good plan for my Sunday performance. As much as I would love to, I think we’d have too much of a good time.”

Jack, meanwhile, is delighted to be making his Henley Festival debut with Katherine.

“It’s like the coolest thing and is going to be a special evening,” he says.

“It’s an honour to be on a bill with such class, such elegance. Can’t wait.”

Jack, 38, has been to Henley once before when he was a child and was invited to Friar Park, home of the late George Harrison. “I knew a friend of his son Dhani at the time. She was there for the weekend and she invited us to come over for drinks and I met Dhani.

“It was amazing — you walk into this incredible house with some of the most amazing memorabilia. I remember there was a Robert Johnson guitar on the wall and there was a jukebox with all these incredible blues artists on it.

“It was probably the coolest place I’ve ever been in my life.

“It’s beautiful, it’s this old house but inside it’s as rock ‘n’ roll as it gets. It has got a lovely zen energy and the gardens are amazing. It’s a very special place.”

Jack himself moved to Oxfordshire with his family five years ago.

He and his wife Jemma already had a 10-year-old daughter and a seven-year-old son when their third child arrived during the coronavirus pandemic.

“The covid kid, I call her,” says Jack. “It was terrifying because we weren’t really planning on it. But she’s fantastic and our saving grace.”

On stage, Jack will be performing songs from his chart-topping 2021 album, Europiana, which was recently released again as a special extended edition called Europiana Encore.

Being unable to tour the original album during the lockdowns provided him with an opportunity to make some tweaks for the follow-up, which includes six new tracks.

Jack says: “Europiana was No 1 and we were all excited. Everybody was rooting for us.

“But then it felt like we had built this sailboat and just as we were leaving port it was like, yeah, it’s too dangerous out there, get back, and everything went into lockdown again.

“So we built another mast for it, added another sail and then thought, ‘Let’s try and take this out into the open waters again’ and that’s what we’re doing.