We'll keep on fighting till the end says Hawks coach 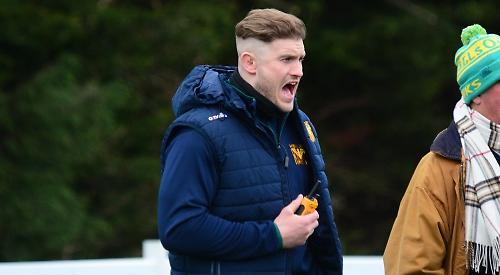 HEAD coach Luke Allen says his main job is to keep his players motivated as the Henley Hawks look to results elsewhere to end their season on a high.

They responded from a defeat against Clifton with a resounding 46-20 victory over Esher at Dry Leas on Saturday, but a top two finish will rely on Tonbridge or Taunton making a mistake.

Hawks enjoy a week off before their next fixture away at Barnes on March 21.

They have five games left in their National League Division 2 campaign and Allen knows they will have to be at their best to stand a chance of being promoted.

He said: “I’m very proud of my players. What carries you through is the motivation to want to play to the best of your ability.

“Sometimes you can get lost. It has been a long season, but it is about reminding the players that you have to enjoy yourself.

“I think you fall into a habit of thinking about winning and that can eat you up a little bit in terms of pressure — it becomes a bit of a monkey on your back.”

Allen was impressed by the response from his side after their 20-10 defeat against Clifton the previous weekend, which caused Henley to lose top spot.

The Hawks are currently third in the league, three points behind front-runners Tonbridge and one point behind Taunton, who have a game in hand.

Allen expects Barnes to be a tough opponent, but is hoping Henley will take confidence from beating them 34-22 at home in November.

He said: “Saturday was good. I was really happy with the fact that we came back after a difficult result at Clifton. We didn’t want to lose that match and it will probably be with us until the bitter end.

“It was not the best preparation to have to reschedule the game, but the performance was just not good enough. I asked the players what they wanted to achieve from the rest of the season and they showed me.

“Barnes are always a difficult side to play. They don’t give up and play well as a team. We got a good result at our place earlier this season, but it is a different kettle of fish to repeat that at their place.

He added: “The message is to enjoy every single game. We will use this time to rest and recover but it is important to strike a healthy balance.”

Allen appreciates the Clifton result has hampered their chances of being promoted, but he is keen to remind his players of how well they have performed this year.

He said: “We know those teams have to slip up. It has been a tight season, but we have to fight on. If we get another five wins and it isn’t enough we will try hard next year.

“We would be lying as players and as a coach if we didn’t admit that we would be devastated to not get top spot or get promoted. I’m so proud of them. Their commitment has been high every week and there is still a lot to play for.”

Director of rugby Nigel Dudding was pleased with how Henley responded to only their fifth league defeat of the season.

Henley were in the lead after five minutes thanks to a Tom Emery try and winger Reuben Norville used his pace to extend the advantage with another two tries.

Dudding said: “Reuben showed what he can do. He showed a lot of energy, which he has in abundance.

“Ewan [Fenley] was also in a new position; he has been playing scrum half all season and we had a new scrum half join us recently in Will Crow.

“Ewan is a great young player and gave a strong performance at number 10. He is a very skilful player and he adjusted into that new role very well. I talked to him after the game and he said it was completely different to what he was used to.”

Dudding says the defeat against Clifton prompted a response and the match against Esher showed what the team was capable of.

“Esher are a good side,” he said. They have been producing some good results elsewhere in the league this season and we knew it wouldn’t be an easy game.

“To score early and get off to the start we did was just the sort of performance we wanted and it showed how well we can play.

“It makes it doubly disappointing to think of how we played the weekend before.

“We certainly wanted a reaction from the previous week so there was always going to be that intensity to put that performance behind us.”

Dudding says he would like to avoid any more injuries before the end of the campaign.

He added: “We have a consistent side now and we have been plagued by injuries this year, but with five games to go we have got to see it out.

“I wouldn’t want to blame the injuries, but it has certainly decreased our options. It’s good to be able to rotate players and give people a rest.

“We want players to be fresh, but it is what it is. All clubs go through this, but I would say we have had more than our fair share this year.”