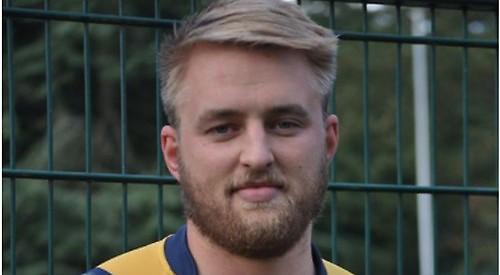 A FUNDRAISER has been started for the family of a Henley Hawks player who collapsed and died after a game.

David Hyde, who was a lock, complained of being “in pain” after Henley’s National League 2 South match against Old Albanian at Dry Leas on Saturday and was taken to the club’s physio room.

His condition deteriorated quickly and he was taken by air ambulance to the John Radcliffe Hospital in Oxford where he died overnight.

The former Witney player, 29, from Faringdon, leaves his wife Katherine, who is responsible for the Hawks’ social media posts, and their young son, Tore.

Henley Rugby Club have now set up a fundraiser, which has already raised more than £9,000, to support Mr Hyde’s family as they “look to re-build their lives following this tragic event”.

In a statement, the club said: “ A gentle giant and strong family man, he joined Henley from fellow Oxfordshire side Witney in 2016 and quickly became a mainstay in the Hawks pack.

“He was a destructive ball carrier, who possessed the innate ability to offload out of contact with opposition players left trailing behind him.

One of the first names on the teamsheet, Dave was a team man first and foremost, he played the game for the team and for the men that took the field with him.

“He epitomised loyalty, friendship, trust and sacrifice, all the qualities that made him a true asset to Henley as a player, but more importantly a true friend, brother, son, husband and father.

“If you are able to donate anything, regardless of the amount, we will be incredibly grateful.”