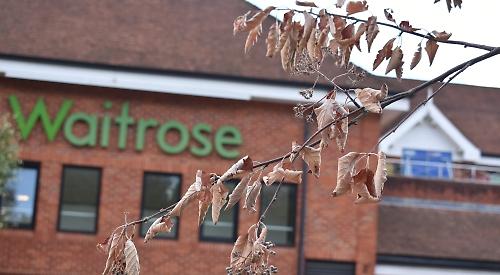 YOUNG trees in public spaces across Henley have been killed by the heatwave.

The town council’s parks services staff say that about 10 saplings have died as a result of the drought.

Acting parks manager Karl Bishop said these were at Makins recreation ground, the Wootton Manor car park and the community orchard in Paradise Road and had all been planted in the last two years.

The trees will cost up to £1,000 to replace in the autumn when the weather will be cooler and wetter.

Mr Bishop said: “We’ve had a handful of trees which have died and maybe a couple of hedging plants. They will be replaced — it’s nothing terrible.

“These were all newly establishing trees. Some species are stronger than others.”

The council is responsible for more than 1,000 trees across its green spaces and parks, including Mill and Marsh Meadows.

Mr Bishop said: “We’re trying our hardest to fight against this weather with our watering. We are trying to water as much as we can but we can’t keep on top of it.

Horticultural park warden Kyle Dowling said the water evaporated before the trees could soak it up.

“It’s a losing battle with the heat,” he said. “Some of the small planters have also been affected. Annuals are just not used to so much heat over a long period and they are going to keep needing lots of water.

“The community orchard is still doing well and we are concentrating on watering the trees and the beds. We are doing our best.”

Councillor David Eggleton, chairman of Henley in Bloom, said: “There were always going to be some casualties with this weather and I think the parks team have done a fantastic job. It’s not good to lose any trees but they have done really well keeping most of them alive. The ones we have lost will be replaced, probably like for like, in the autumn.”

Cllr Eggleton suggested asking WindowFlowers, which is responsible for the town’s hanging baskets, to do some extra watering early in the mornings.

Henley in Bloom committee member Catherine Notaras suggested recruiting residents to help with watering trees and planters near their homes.

She said that some of the trees in the King’s Road car park were suffering due to the hot weather.

Hugo Loudon, of Heritage Tree Services in Stoke Row, said these trees had not been planted properly or were not being looked after properly.

He said: “What is really important is for trees to have good physiological design for the situation.

“Where things are planted within the water drip line of other trees, they are going to struggle because they don’t have development room. After-care is absolutely critical and looking after trees requires design, implementation and following a very strict programme.

“You need to allow for every eventuality. If this can’t be provided then the trees should not be planted. It’s distressing to see so many trees failing.”

Mr Loudon said that two trees he had planted at the car park in 2007 as gifts to the community of Henley were now flourishing despite the hot weather.

“They are performing almost better than in conditions in a nursery because they have been designed and planted correctly,” he said.

“We put in a planting pit of 20 cubic metres so the trees are able to live to a ripe old age.”

• Henley parks services is working with the Hartes of Henley children’s nursery at Leichlingen Pavilion in Mill Meadows to plant 800 saplings. The nursery will buy the trees and the park wardens will teach the children how to plant and looking after them. When the trees have grown they could be planted in the meadows and other green spaces.