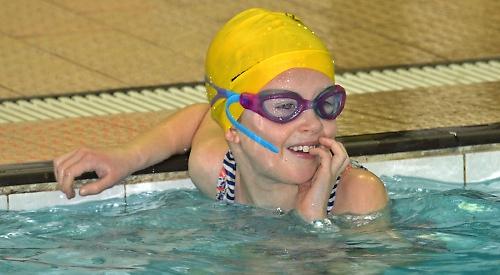 ATTENDANCE at this year’s Henley Lions’ Swimarathon was lower than usual following a change of day.

Eleven teams totalling 82 children took part in the challenge, which was held at the Henley leisure centre pool on Sunday.

The event is usually held on a Saturday but this was the only date that the club was able to book the pool. Up to 140 youngsters and more than 20 teams have taken part on previous occasions.

Henley Sea Cadets also entered two teams while the Henley brownies and guides entered one each.

The teams swam a total of 901 lengths in relay style over two
40-minute sessions while parents and supporters looked on from the spectator gallery.

The racing was started by Henley Mayor Glen Lambert while members of the Lions club stood at the shallow end counting lengths.

Each team will keep half their proceeds to give to a charity of their choice. The other half will support the Lions’ charitable activities throughout the year, including donations to individuals and community groups in need.

Ian Tritton, the club’s community service chairman, who served as announcer on the day, said: “It went very well considering that it’s the first time we’ve held it on a Sunday but the numbers were down and we’re definitely looking to revert to a Saturday next year.

“That was the only date we could get but unfortunately it’s harder to get teachers to attend because they’ve got personal or family commitments.

“However, everyone gave it their very best effort and at least one swimmer managed more than 100 lengths.”