Lions give £500 towards refurb of scout hut 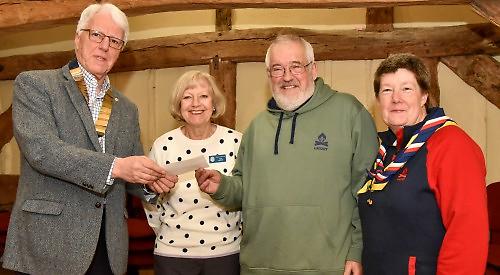 SHIPLAKE scouts have received a £500 donation from Henley Lions Club to help with the refurbishment of their scout hut following a fire last year.

The money was raised by the Lions with the Santa sleigh outings in Henley in December.

Mr Pover was Santa on four of eight nights of the sleigh tour while Mrs Boughey drove the car that towed the sleigh.

This is the third year that the pair have helped Henley Lions with the sleigh.

Unfortunately they were unable to take it to Shiplake this time due to torrential rain.