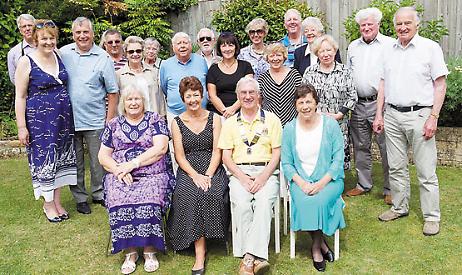 MEL WILLIAMS has become president of Henley Lions Club for a second time.

He formally took over from Pam Pitts at a barbecue at his home in Chiltern Close, Henley. Mr Williams, 72, was previously chairman in 2010.

The theme for his year in office is to help people fighting cancer. He said: “My wife Jean and I both had cancer — I had prostate and she had bowel — so we both thought that we would help the community.

“It isn’t just the curing side, it is also coping and caring. We have come across all three.

“It used to be that if you had cancer people would back away from you but now we are getting over that and there doesn’t seem to be a stigma anymore.” Henley Lions are to hold a prostate cancer awareness evening at Henley Rugby Club on September 17 from 4pm to 9pm.