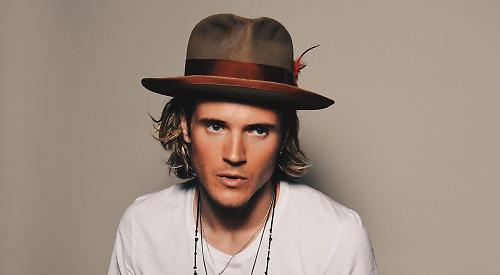 HENLEY’S own cookery queen Mary Berry will top the bill when the town’s literary festival returns in the autumn.

This will be the second time that Berry, who lives in the town, has made an appearance at the festival after a sell-out show in 2017.

This year she will be joined by two other big names from The Great British Bake Off.

Prue Leith, who has taken Berry’s place as co-judge with Paul Hollywood, will be introducing us to her all-time favourite recipes, which she has cooked countless times for friends and family.

Joining Berry and Leith will be 2015 Bake Off winner Nadiya Hussain, who has two successful cookery series behind her and a new one starting on BBC2 this summer, accompanied by a TV tie-in book Time To Eat. The trio of TV cooks will be in the mix with a line-up of names from the worlds of entertainment, politics and the arts.

Among them are Conservative MP and prominent Brexiteer Jacob Rees-Mogg, who makes his festival debut to present his new book, The Victorians — Twelve Titans Who Forged Britain, which is published later this month.

Also making his debut is Beirut-born comic and writer Dom Joly with The Hezbollah Hiking Club, an account of his attempt to follow the hiking trail which runs from the Syrian border with Lebanon down to Israel in the south.

Another first-timer to Henley will be multi-award winning author and lyricist Sir Tim Rice, who lives in Hambleden, whose collaborations with Andrew Lloyd Webber, Elton John and ABBA have made him one of the most celebrated figures in popular culture.

Visiting novelists will include Kate Atkinson, with her latest Jackson Brodie bestseller Big Sky, marking a return for the detective series after a nine-year break, One Day author David Nicholls, and Victoria Hislop with her 2019 novel Those Who Are Loved, set against the backdrop of the German occupation of Greece.

Events for young festival goers include Julian Clary reading the latest instalment from his children’s book series The Bolds, about a family of hyenas living in suburbia, and McFly band member and environmental activist Dougie Poynter encouraging kids to join in the mission to cut out single-use plastic with his book Plastic Sucks!

Other authors include Jojo Moyes, Matt Coyne and Mary Chamberlain, while journalists who will be speaking include Robert Hardman, Bryony Gordon and Fiona Barton.

Other local speakers include Tony Laithwaite, from Peppard, who founded Laithwaites Wines in 1969, and retired businesswoman and philanthropist Dame Stephanie Shirley, from Henley.

Also appearing is Marcus du Sautoy, a former pupil of Gillotts School in Henley, who is now an eminent mathematician.

There will also be a visit from author-illustrator Sophy Henn, who has designed this year’s festival programme, available in July, while former Children’s Laureates Michael Rosen and Chris Riddell come to the festival for the first time.

This year’s festival will feature 170 talks, question and answer sessions, performances and workshops for both adults and children.

Director Harriet Reed-Ryan said: “I am thrilled that we have got such a varied line-up and there truly will be something for everyone.

“We are also lucky enough to have the same wonderful venues as last year — Phyllis Court, Henley town hall and the Hibernia, among others.

“All our venues are within walking distance of each other and our festival hub will return to the town square — an ideal place to meet people, enjoy children’s events and enjoy a coffee or something stronger!”

This year’s literary festival will run from Saturday, September 28 to Sunday October 6 and tickets will go on sale in July.