May talks about another B-word 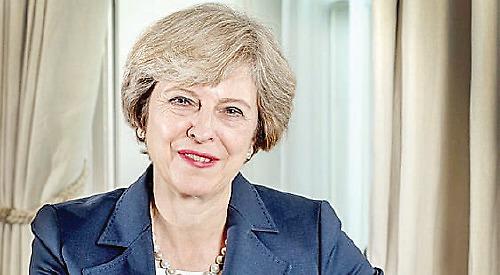 THERESA MAY will attend the Henley Literary Festival during the Conservative Party conference.

The outgoing Prime Minister has accepted an invitation to be a speaker in a series where people discuss the books that have shaped their lives.

She is scheduled to appear on Monday, September 30 during her party’s annual conference by which time her successor will be in charge.

Mrs May, the MP for Maidenhead, is among the latest names confirmed to appear at the 13th festival, which will take place from September 28 to October 6 and feature more than 170 events.

Festival director Harriet Reed-Ryan said: “We are thrilled that Theresa May has agreed to come.

“We knew that she has a great interest in books because of her regular visits to the Bell Bookshop.

“I think the fact that she is coming shows what a strong link she has to the town and how she enjoys coming here.

“She will be the second former prime minister who has come to the festival as we had John Major here in 2012. It will be a very special event.”

Other speakers include the BBC newsreader George Alagiah and security correspondent Frank Gardner, who have both written novels, and former Blue Peter presenter Janet Ellis.

Tickets go on sale to Friends of the Festival on Tuesday, July 16 and to the general public on July 22.