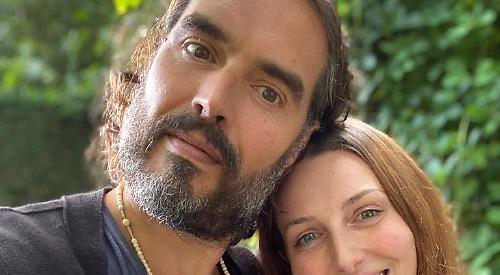 TV presenter Graham Norton will top the bill when the Henley Literary Festival returns next month for its first ever digital edition.

The Irish comedian, who has been on our screens for 22 years, is among a host of famous names who will be speaking live online.

The 14th annual event, which will start on September 26, features more than 40 events for adults and children, covering fiction, sport, entertainment, politics and history.

There will be three to five events per day with several new authors and many old favourites as well as free events for children and families.

Festival director Harriet Reed said: “As we are unable to bring tens of thousands of festival attendees to our wonderful town this year, we will instead be bringing more than 60 brilliant speakers from across the country, as well as internationally, right into the audience’s homes.

“I do feel that we have a pure example of what the festival is about. We wanted to make sure that we continue to have a broad programme with all the types of events that people expect to see and I feel we have achieved that.”

Ms Reed said the key to this year’s offering had been getting the right interviewers.

She explained: “We are using a lot of people whom we know and are very successful. Graham Norton is being interviewed by Emma Freud so that will be brilliant and individual.

“We have asked Katherine Grainger to interview crime writer Lynda La Plante, as she has a PHD in homicide and has a keen interest in crime books. To make it really individual is really important because it is different interviewing on-screen than it is if you are in a room full of people while also being filmed live which, for us, is all part of what the festival is about.”

There will still be 15 minutes at the end of each event where viewers can submit questions using the online platform Crowdcast.

Viewers also do not have to worry if they have a dodgy internet connection.

Ms Reed said: “If your internet is having a bad day you will still be able to catch up.

“Whereas before if your car breaks down en-route to the festival and you miss someone, there isn’t a lot we can do about it but if your internet breaks down, you have 48 hours to watch it so that is one of the positives.”

The organisers have admitted that the festival has been hit hard financially by the coronavirus pandemic, which has meant all live audience events have had to be scrapped, and there was no option but to make three of its four staff redundant.

Ms Reed said: “We had 190 events and sold 25,000 tickets last year and now we have 40 events so it is unlikely we will sell that many tickets but we do need as many people as possible to buy them as if nothing has changed.

“We are really grateful to those people and sponsors who have really got behind us this year. It has allowed us to stream five events directly into schools free of charge and the take-up has been huge.”

Ms Reed said that while the festival could have taken a year off, it was better to continue because it was an important part of the Henley calendar that people looked forward to. She said: “I think we were 85 per cent of the way in planning for this year’s festival when covid struck. Also, the festival is part of Henley’s diary and with the news as it is at the moment, although it does change daily, it is really important that we are giving people something to watch.”

Norton, the BBC chat show host who has picked up eight Baftas, will appear just days after the publication of his third novel Home Stretch, a story of emigration and return.

He will be in conversation with broadcaster Freud on October 4, the final night of the festival, at 8pm.

Bestselling novelists Ayisha Malik and Trollope open the festival on September 26 when they talk to each other about how their family life has inspired them.

In Trollope’s Mum & Dad, three siblings step in to look after their parents’ wine business when their father falls ill while in Malik’s This Green and Pleasant Land, a son grapples with his mother’s dying wish to build a mosque in a sleepy Midlands village.

Later that day, Morpurgo returns to the festival with a special event celebrating War Horse, his bestselling novel which became an award-winning play and Steven Spielberg film.

The final event of the opening day features three of social media’s most vital voices — Candice Brathwaite, Florence Given and Bryony Gordon talking about mental health, motherhood and misogyny.

Gordon, whose Glorious Rock Bottom follows her journey into sobriety, is joined by Instagram influencers Brathwaite, who wrote I Am Not Your Baby Mother, and illustrator and activist Given, who wrote Women Don’t Owe You Pretty.

Ben Fogle, who lives in Fawley, is hosting a free event on Sunday, September 27 where he talks about his latest children’s book Mr Dog. The broadcaster and adventurer has spoken at the festival many times and his latest effort is inspired by his own real-life animal experience.

Later that day sees the return of festival favourites Craig Brown, the Private Eye and Mail on Sunday columnist, who will be in conversation with former Labour home secretary Alan Johnson, now an author.

On Monday, September 28, broadcasters-turned-historians and husband and wife Peter Snow and Ann Macmillan return to the festival with Treasures of World History: The Story of Civilisation in 50 Documents.

Nikita Gill, who has written three best-selling books, appears on Tuesday, September 29, days before the release of her latest offering, The Girl & The Goddess, a coming-of-age tale, which she has illustrated.

The National Poetry Day ambassador navigates different cultures, religions and identities as she looks at how we grow and become who we are.

Former international rugby player James Haskell ends the day with anecdotes from his autobiography, What a Flanker. Haskell had a 17-year career, winning 77 England caps and also played for the British Lions.

In The Sanest Guy in the Room, he chronicles his career on stage and screen and in the charts, working with the likes of Andrew Lloyd Webber and Michael Jackson.

Susie Dent, of Channel 4’s Countdown, makes her festival debut in conversation with broadcaster Beverley Turner where she shares interesting stories behind language as featured in her book Word Perfect.

Marr will appear on Thursday, October 1, talking about his latest book, Elizabethans — How Modern Britain Was Forged, in which he looks at activists, cooks, inventors and sports heroes.

Giovanna Fletcher, who has a fanbase of millions as an author, podcaster, television presenter and campaigner, will talk about Letters on Motherhood on Friday, October 2.

It is a collection of heartfelt and personal letters to her three sons, her husband and friends.

Comedian Baddiel will be talking about his life and career to Newsround presenter Leah Boleto in a free event for all the family on Saturday, October 3.

On the same and following days, a trio of married couples — Laura and Russell Brand, who live near Henley, CBBC presenters Leah and Ricky Boleto and Louise Rose and Mackenzie Hunkin— will present a tribute to author Judith Kerr, who passed away last year.

The couples will read some of The Mog and Tiger Who Came to Tea, two of the creator’s best-known stories in this free event.

On Sunday, October 4, World Book Day illustrator Rob Biddulph returns to the festival with a free event of draw-alongs and storytellings from his new books, Dog Gone and Draw With Rob.

There are also pop-up events before and after the festival, starting with Great British Bake Off champion Nadiya Hussain on September 3, followed by bestsellers La Plante and Picoult, former US ambassador Kim Darroch, Kate Humble and Formula One icons Damon Hill and Johnny Herbert.

For more information, call (01491) 575948. Tickets are already on sale to Friends of the festival but are open to the public from Tuesday.

To book or to see the full line-up of events, visit henleyliteraryfestival.co.uk