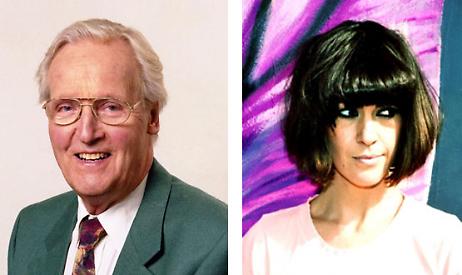 THIS years Henley Literary Festival will be the biggest yet with 150 talks, interviews and performances across seven venues in the town.

Tickets go on general sale on Monday with the latest additions to the programme including Nicholas Parsons, Dawn OPorter, Liam Fox MP, Maureen Lipman and Mike Read. The festival, sponsored by Laithwaites Wine, takes place from September 29 to October 5.

As well as returning venues the Kenton Theatre, Christ Church, the town hall, the River and Rowing Museum and the Hibernia, the Old Fire Station Gallery will host a photography exhibition and related event. Market Place will host the Baillie Gifford Festival Hub for the first time, a marquee over the weekend hosting free childrens events, a box office and stalls from the Bell Bookshop and Laithwaites.

Programming director Tom Ryan told the Henley Standard: Weve had a great response from the Friends of the Festival already and are really excited to be going on general sale with our biggest ever line-up and a great mix of household names, local writers, bestsellers and debut novelists.

Nicholas Parsons will be looking back at almost 50 years of Just A Minute while Maureen Lipman will be joining poet Jeremy Robson for a special performance on the final day of the festival.

Dawn OPorter will be joining broadcaster Emma Freud to discuss This Old Thing, the accompanying book to her Channel 4 series on vintage clothing and Henley-based DJ Read will talk about his upcoming autobiography Seize the Day.

Returning favourites include the River Readings, this year with a World War One poetry theme, Crime and Wine and Dazzling Debuts. Tickets go on sale Monday at 10am on 01491 575948, online at www.henleyliteraryfestival.co.uk and next Saturday, August 2, only in the town square.