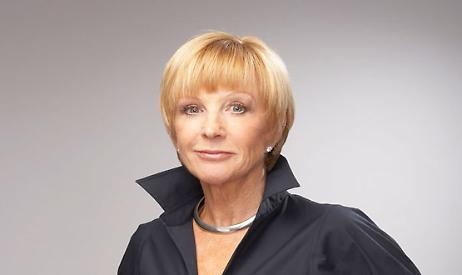 ANNE ROBINSON is to appear at this years Henley Literary Festival.

The Weakest Link and Watchdog host will chair an event looking at phone hacking on Monday, September 29 at Henley Town Hall.

Her guests will be the man who broke the story of illegal newsgathering at the News of the World, Guardian journalist Nick Davies, and Damian McBride, Gordon Browns spin doctor during the era of Andy Coulson and Rebekah Brooks, the latter whom he calls the most powerful person in Britain.

Davies book Hack Attack: How The Truth Caught Up With Rupert Murdoch, has been described as the definitive account of the scandal while McBrides memoir Power Trip has been updated with chapters that could not be printed until after Brooks and Coulsons trial.

Robinson is one of many familiar names who have been added to the bill as interviewers for this years festival.

Bafta-winning Captain Phillips director Paul Greengrass will be hosting Doreen Lawrences event at The Christ Church Centre, having made the TV film The Murder of Stephen Lawrence.

Read in turn will interview Nicholas Parsons on his book about Just A Minute.

The Hive author Gill Hornby will host both Kirsty Warks event during the festival and the general knowledge quiz at Henley Brew House on September 14.

Programming director Tom Ryan said: Its a testament to the quality and variety of our authors that we are able to attract interviewers of such high calibre.

Knowing our audiences love of current affairs, were thrilled to be adding this phone hacking event.