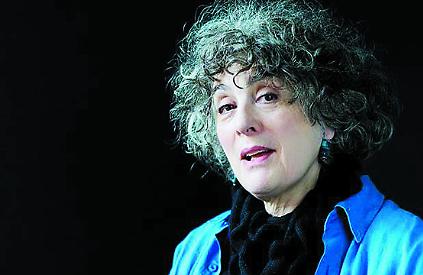 ELEANOR Bron has enjoyed a wonderfully varied life from the Cambridge Footlights to The Archers passing the Beatles on the way and it takes a new turn at Henley Literary Festival with the premiere of Martini Days.

It is not so much a play but what she calls a “diversion” — a funny and sharp series of reflections on the lives of two couples. It will also reunite Eleanor with one of the stalwarts of British comedy and satire, John Bird.

They appeared together in....well, Eleanor is not quite sure but thinks it was “probably 45 years ago” in a play by Willis Hall and Keith Waterhouse called Who’s Who. If she is vague it is not to do with age (she is 76) or feigned indifference but that she has a lot to recall.

As she puts it rather self-deprecatingly: “I think it is rather amazing that I have been in significant places at significant times.”

Being the first woman in the Footlights at Cambridge — she was at Newnham College — was something of a milestone as previously female roles in the famous revue society were played by men in drag.