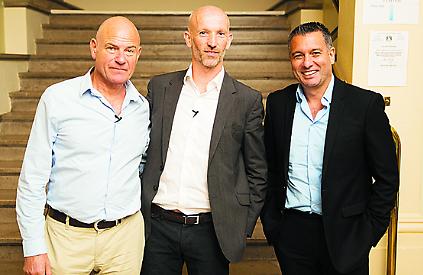 Dozens of visitors made their way to the town hall for the talk by football journalists turned authors Matt Dickinson, Patrick Barclay and Guillem Balague.

Barclay, whose The Life and Times of Herbert Chapman was released in January, chaired the discussion as the panellists talked about not only their own books but the state of football at large.

The conversation flowed naturally from the start. The three men seemed more like friends at the pub than speakers at a literary festival. Like your average pubgoer at 3pm on a Saturday, they spoke as if they knew everything about football. Unlike a pubgoer, they may well be right.