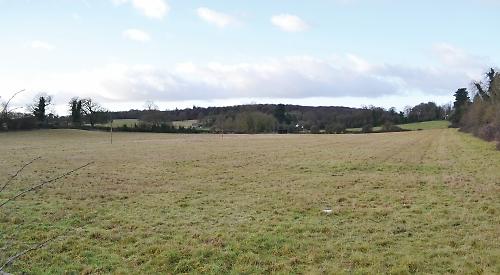 A PRIME greenfield site on the edge of Henley could be used to build affordable housing.

Henley Town Council says the 16 acres of land off the A4155, next to Waterman’s allotments, could be used to replace some of the land for affordable housing that was lost due to the number of applications for care housing.

The landlowner is said to be interested in selling the two fields, which are in Harpsden parish, to the council or even gifting it the land.

This would be done on the assumption that it would only be developed for quality, affordable housing.

Should the council choose to take on the whole site the landowner’s agent has advised that any development should be well under way within five years, according to a report seen by the Henley Standard.

It should not over time, however, be turned into a privately owned development which would negate the ideals behind the project.

The landowner, a woman who doesn’t live locally, has already turned down several offers from developers of “substantial” sums of money for the plot.

She is said to want to leave a “lasting legacy for local people”.

The report says: “She envisages using her land for the future development of quality, low-density, affordable family housing for local people with reasonable-sized gardens and an area of amenity land, possibly around the River Harp, with open access for local people.”

The council says the development could also provide an opportunity to create a public open amenity space to include nearby Spinney Wood.

Covenants would be placed on the land title to restrict the type of development that could take place.

The report adds: “There is a risk that Harpsden Parish Council would not be keen to see housing on this land.”

The woman’s agent has been asked not to discuss the proposal with the parish council until the town council has decided how it wants to proceed.

The report adds: “Undoubtedly this would be a substantial project and councillors may want to consider the availability of officer resource needed for it to progress. Expertise would be needed in a number of areas should the acquisition go ahead.”

The issue was discussed by the town council in a confidential session last week. It is understood that members welcomed the proposal and agreed to investigate further.

The move follows a number of setbacks for the Henley and Harpsden neighbourhood plan, which names locations for about 500 new homes to be built by 2027 to meet targets.

The plan says that all new developments should have a quota of 40 per cent affordable housing but, in reality, developers have been able to ignore this.

South Oxfordshire District Council, the planning authority, has already approved a scheme by McCarthy & Stone for 53 “extra care” flats for the elderly and disabled at the former Jet garage site in Reading Road. The land was earmarked for 55 ordinary flats in the neighbourhood plan.

The council also approved an application by Henthames, of Essex, for an 80-bed care home at the former LA Fitness gym in Newtown Road, which wasn’t earmarked for housing in the plan.

Meanwhile, B&M Care is due to submit an application to redevelop the former Henley Youth Centre site in Deanfield Avenue into a 64-bed care home. The site is earmarked for 23 houses in the neighbourhood plan.

Ashill Land was given permission to build 17 new homes off Greys Road with only 29 per cent affordable.

The development at the commercial estate sold by merchant drapers M Makower & Co will have 12 houses and five affordable flats as the developer argued that if the affordable element was any bigger the scheme would not be viable.