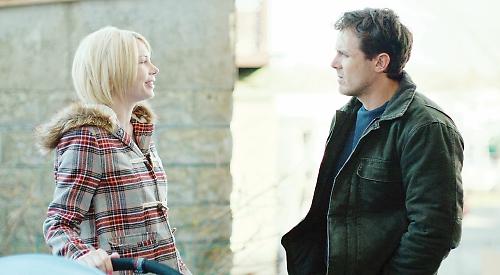 KENNETH Lonergan has made a career out of producing emotional dramas whose narratives sway from the precarious to the poised.

Put simply, these films are rollercoaster journeys that lay bare the depths of human pain, suffering and joy.

This week’s Manchester by the Sea looks to be his most successful work yet and is already winning rave reviews for both its subject matter and its delivery, particularly from leading man Casey Affleck.

Lonergan’s third film focuses on a solitary Boston janitor whose life is transformed when he returns to his hometown to take care of his teenage nephew.

The story of the Chandlers, a working class family living in a Massachusetts fishing village for generations, Manchester by the Sea is a deeply poignant, unexpectedly funny exploration of the power of familial love, community, sacrifice and hope.

Following the death of his older brother Joe (Kyle Chandler), Lee Chandler (Affleck) is shocked to learn that Joe had made him sole guardian of his nephew Patrick (Lucas Hedges).

Taking leave of his job, Lee reluctantly returns to Manchester-by-the-Sea to care for Patrick, a spirited 16-year-old, and is forced to deal with a past that separated him from his wife Randi (Michelle Williams) and the community where he was born and raised. Bonded by the man who held their family together, Lee and Patrick struggle to adjust to a world without him.

Lonergan’s previous directorial work includes You Can Count On Me from 2000 which tells the story of Sammy, a single mother living in a small town, and her complicated relationships with family and friends. In 2011 he released Margaret, in which a young woman witnesses a bus accident and is caught up in the aftermath, where the question of whether or not it was intentional affects many people’s lives.

Make no mistake then, Manchester by the Sea, like Lonergan’s previous two efforts, deals with some
hard-hitting themes.

With a running time of two hours and 15 minutes, Lonergan proves himself a master of detail, and this is a film for viewers willing to put in the time and effort.

If they do, Manchester by the Sea’s heart-wrenching emotion, power and intensity will stay with audiences long after they leave cinemas.