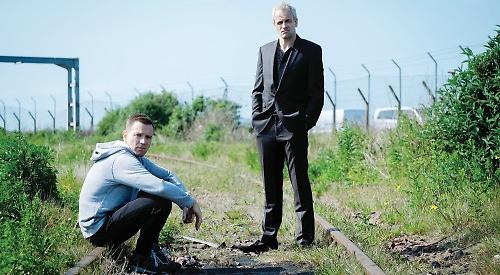 THE term “cult classic” has become one of the most overused in cinema these days, with very few films measuring up to the definition.

In short, these are films that have attracted a passionate and dedicated fanbase, and often focus on a subculture not seen in everyday life.

Danny Boyle’s Trainspotting falls firmly into this category and is adored by millions to this day.

Think of this in the context of a film made for the meagre sum of just £1.5million — practically unheard of these days.

The film, while appearing to have only limited appeal by focusing on drug abuse, found fans through its wider themes of urban poverty and simply “living for the weekend”.

A tall order then for Boyle as he returns this week with the long-awaited sequel — T2 Trainspotting.

Begbie (Robert Carlyle) has just been released from prison, Renton (Ewan McGregor) is making an emotional homecoming, and Sick Boy (Jonny Lee Miller) and Spud (Ewen Bremner) are awaiting them both with very mixed feelings.

The good news is all the old faces are here so one would hope they saw huge promise in this follow-up to sign on the dotted line. This, coupled with the return of Boyle and screenwriter John Hodge, means this might just live up to expectations.

Despite the trailer having us believe Renton is off drugs and now living a clean life fans will, I’m sure, be urging him to descend once more down the rabbit hole.

The opening voiceover — an acerbically hilarious update of the original film’s bleakly observed intro — is worth the ticket price alone.