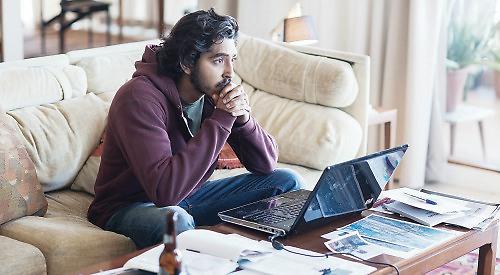 IN the space of less than 10 years and at the age of 26 Dev Patel’s film career appears to have come full circle.

Don’t be mistaken, though — this is certainly not a criticism and is most welcome news.

From his big screen debut in 2008 in the excellent Slumdog Millionaire to 2016’s The Man Who Knew Infinity and this week’s Lion, Patel is returning to some hard-hitting themes and is at the top of his game.

In Slumdog he played an unassuming boy from Mumbai’s slums who triumphs on Who Wants to Be a Millionaire? and this week he returns to India as a man in search of his family after they they were separated when he was a child.

Garth Davis, in his directorial debut, brings dramatic heft and shimmering visuals to this saga of five-year-old Saroo Brierley — the young version of whom is played by the beguiling Sunny Pawar, whose performance has won rave reviews.

Accidentally stranded in Kolkata, 950 miles from his home in Madhya Pradesh, he is left alone on the streets.

Afraid and disorientated, he faces overwhelming challenges but is eventually adopted by an Australian couple (Nicole Kidman and David Wenham) who lovingly parent him in their native Tasmania.

While on a hotel management course 25 years later, the grown-up Saroo (Patel) meets and falls in love with Lucy (Rooney Mara), who then helps him to search for the mother he still yearns for back in India.

Like Slumdog, this promises to be a sprawling drama focusing on subjects such as isolation, loss and hope and laying bare the pockets of poverty of a country called home by more than 1.2 billion people.

The film is also a contender for the best picture gong and this being an emotional true story, so loved by the Academy, could well see it claiming a host of awards.

Lion is showing at Henley’s Regal Picturehouse from today (Friday).