Our honest benefactor and a royal favourite 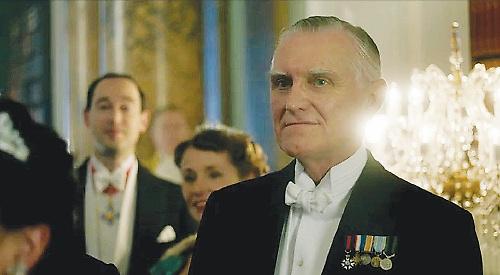 FANS of the hit Netflix series The Crown may have recognised a familiar name in it.

Sir Roger Makins, who was British ambassador to the United States, was portrayed in a recent episode of the drama, which tells the story of the Queen’s reign.

The episode was set in the Fifties and featured a reception given in his honour and hosted by Princess Margaret. The Queen tells guests that Sir Roger is the “only honest thing to come out of Washington”.

In real life, he was a cousin of Sir Paul Makins, who donated Makins playing fields (now recreation area) to Henley in 1920 in memory of his first wife Gladys.

Sir Paul’s father Sir William Makins, who lived from 1840 to 1906, was a wealthy London barrister, Conservative politician and director of the Gas Light and Coke Company and the Great Eastern Railway. He purchased Rotherfield Court, later a grammar school and now part of The Henley College, in 1872.

Sir Paul, who was born in 1871, was a major in the Remount Service and saw action in Madras, Alexandria and Europe. In 1921, he relinquished Rotherfield Court to be used as a convalescent hospital for officers suffering from shell shock. He served as a magistrate for Henley until 1938 and died in London in 1939.

Sir Roger retired from the diplomatic service in 1964, when he received a peerage, taking the title Lord Sherfield. He was chancellor of Reading University from 1969 to 1992 and died in 1996.

A plaque honouring the contribution of the Makins family to  Henley is at the entrance to the recreation ground in Greys Road. It was unveiled last summer by the last male descendant, Dwight Makins.