£1,000 memorial bench for my mother is missing 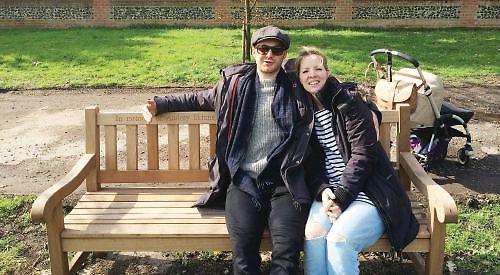 A BENCH bought in memory of a Henley woman’s mother has gone missing and is thought to have been stolen.

Tracey Outram-Phillips, of Fair Mile, spent £1,000 on the wooden bench near her home after 87-year-old Audrey Skinner died in 2013.

Mrs Skinner was a resident of the Acacia Lodge care home in Quebec Road and suffered from vascular dementia.

Her daughter chose the location for the bench, which is set back from the road, as it was a spot beloved by her mother when they went for a walk in Fair Mile.

Mrs Outram-Phillips, 58,  said: “We would wander up and down there so the family decided that, rather than a grave, a bench would be more appropriate and other people could enjoy it.”

She arranged with Henley Town Council to install the bench, which was engraved with the words: “In memory of Audrey Skinner. Rest a while, Pause for Thought. Enjoy Life.”

Mrs Outram-Phillips said: “The engraved message was telling people to value life and enjoy the moment.”

Her son Adam, 32, a company director, and his wife Karen regularly visited the spot with their two children, Rosie, four, and Poppy, two, to reminisce about Mrs Skinner.

Her eldest son Ollie, 34, a former professional rugby player and a director of PwC, would also pay his respects when he was back in Henley.

Mrs Outram-Phillips, a psychotherapist, first noticed the bench was missing in early January after being away over Christmas.

Then she realised two other benches on the same side of Fair Mile were also missing.

She said: “When I found out it was gone I was sad because it gets so much good use. It looks out on to the fields. It was for the community to enjoy.

“It is a very sad time for us, especially as we recently went there to remember my mother only to find the bench missing. The whole family was shocked when I told them. It was somewhere we would go with the kids and the grandchildren.

“It was perfect for a walk because it’s about as far as my grandchildren can manage to go.

“It’s a nice spot set back from the road where people who are walking by could stop.”

Mrs Outram-Phillips, who moved to Henley in 2007, said she didn’t know whether the bench had been stolen or taken away for maintenance but a council parks warden had told her it was a case theft.

She said: “I spoke to the town council and they didn’t know what had happened. I can only assume someone came along and put it in the back of a lorry.

“It’s sad that someone would do that. People can take them, sand down the inscription and then sell them privately.” The bench was on a small section of concrete but was not fixed to the ground.

Mrs Outram-Phillips said: “The bench was never fixed down but I think it should have been.

“It cost £1,000 so I thought there would be better security to make sure sure it was safe. Now I’m hoping they’re going to replace it.”

She said she had noticed before Christmas that the bench had been moved a little way and alerted the council. “I thought it was probably just some pranksters who had moved it when they were pickled,” said Mrs Outram-Phillips.

Henley town clerk Janet Wheeler said she had not been contacted directly about the benches.