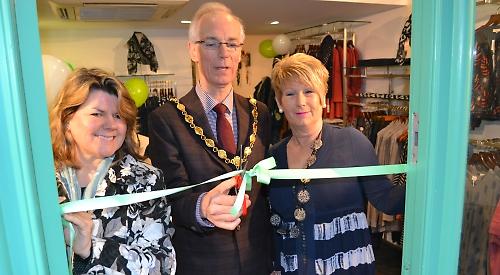 A NEW Eastern-inspired fashion boutique has opened its 30th branch in Henley.

East, which sells clothes and accessories, has taken over the former Mistral clothes shop in Bell Street, which closed last year.

The company began as an independent boutique in Fulham Road, London, in 1995.

The shop will employ seven staff including store manager Paula Young who said: “I think it’s brilliant for the town. I think it’s just what Henley needs - something different and exciting.

“I think we’d like to bring new footfall to the town and create an interest.”

Regional support manager Jill Ellison added: “We do very well in market towns. Henley is exactly the right profile for us with ladies that like to lunch and shop.

“I’d day they are probably 30-plus in age group but we do have youngsters as well. We’re also going to be doing quite a lot of occasional wear for things like weddings.

“It’s much more thriving that it was before and that was one of the things that drew us here. If you all have you’re own niche and market, you’re actually increasing the flow into town.”

The Mayor said: “It’s wonderful to see a new retail outlet opening. I’m very happy to be here to celebrate this and wish them every success in Henley.”