Performances won't leave you on fence 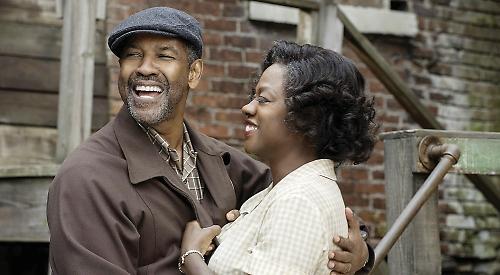 DENZEL Washington has never shied away from taking roles of huge magnitude that by definition carry with them some hard-hitting themes.

In fact, he has built a highly successful career on his captivating portrayals of real-life figures.

Often centred on themes of race, identity and discrimination, Washington has a wonderful ability in conveying complex emotions without overstating them, and effortlessly taking his audience along with him.

In his latest film, this week’s Fences, Washington draws on fiction, namely August Wilson’s play of the same name, for his inspiration. Make no mistake though, this is unlikely to diminish its impact. Set in the Fifties, it is the sixth in Wilson’s 10-part “Pittsburgh Cycle.” Like all of the “Pittsburgh” plays, Fences explores the evolving African-American experience and examines race relations, among other themes.

The play won the 1987 Pulitzer Prize for drama and the 1987 Tony Award for best play. Wilson died in 2005, but completed a screenplay before his death.

The film focuses on former Negro-League baseball player Troy Maxson (Washington) as he fights to provide for those he loves in a world that threatens to push him down.

Now a waste collector, Maxson is bitter that baseball’s colour barrier was only broken after his own heyday in the Negro Leagues and is prone to taking out his frustrations on his loved ones.

A tough act for our leading man to live up to it would seem. But Washington, in his third outing in the director’s seat here, will be at pains to ensure he does Wilson’s work justice.

The signs that he has done just that are already showing. The film has been nominated for numerous awards, including four Oscars, including best picture, best actor and best supporting actress for Viola Davis.