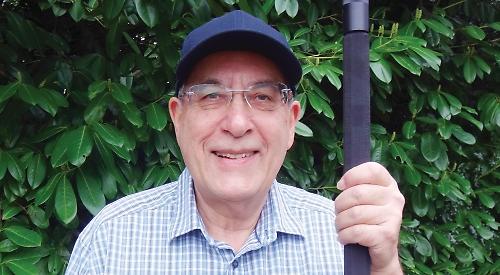 He took with him a new carbon fibre Trimmer mallet for the matches at the Manurewa club for last week’s tournament, which was his first overseas, and has been furiously practising with it on the lawns at Phyllis Court Club in Henley.

Goldring got off to a good start with two victories. But his second game against another minus handicapped player, was the longest he had ever played, lasting almost two-and-a-half hours. His stamina held up for three more games after that but all three went against him by a single point.