Rival may take over cafe 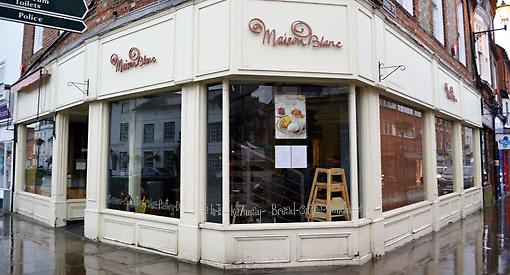 A PATISSERIE and café in Henley has closed but could be taken over by a rival.

Maison Blanc shut on Wednesday last week and the blinds were drawn at the premises at the junction of Duke Street and Hart Street.

It follows months of uncertainty over its future.

In November the Henley Standard reported that the cafe was one of 13 Maison Blanc branches involved in a “strategic review” being carried out by the owners together with the company’s production facility in London.

Maison Blanc is part of Kout Food Restaurants, which is owned by the Kuwait-based Kout Food Group.

Property agent Davis Coffer Lyons carried out the six-week review, which also involved six outlets in London as well as those in Oxford, Farnham, Burford, Winchester, Guildford and Chichester.

It is understood that staff were told about the review but it was not clear at the time whether any outlets that were felt to be surplus to requirements would be sold or closed.

However, earlier this year it was reported that the owner of Patisserie Valerie was in talks to buy the chain and was nearing a deal.

It is believed Patisserie Holdings is interested in the 13 Maison Blanc sites and discussions are at an advanced stage.

There is a Patisserie Valerie outlet in Henley market place.

Maison Blanc was created in 1981 by Michelin-starred chef Raymond Blanc but he is no longer part of the business.

The Henley outlet opened in 2009 at the former site of the Toni & Guy hairdressing salon.

A PR company representing Maison Blanc  refused to comment on the closure or the future of the Henley branch.