Rival councillors rubbish each other 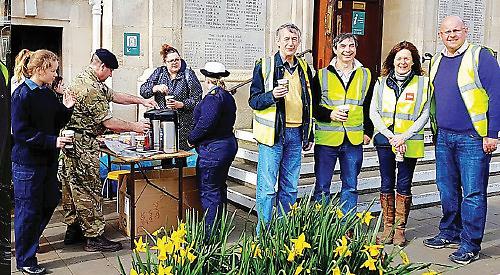 WITH not one but two seats on Henley Town Council up for grabs following the resignation of two members of the ruling Conservative group, the opposition Henley Residents’ Group clearly senses an opportunity.

Even the Great British Spring Clean/Hit Litter community event two Saturdays ago was the subject of political point-scoring.

The Henley Conservatives posted a picture on Twitter of four members taking part armed with litter-picks, including Councillor David Nimmo Smith and Deputy Mayor Will Hamilton.

HRG councillor Ian Reissmann couldn’t help retweeting the image and pointing out that while it was “a photo opportunity” for the Tories, his fellow HRG councillor Kellie Hinton was clearly visible in the background doing the work!

Conservative councillor Sara Abey responded: “Cut the vitriol, we are all working for a better Henley.”

Cllr Reissman shot back: “If you think we’re all working for Henley, why not take a picture of all who took part rather than just the Tories?”

Cllr Hinton then joined in, claiming that Mayor Julian Brookes had only attended the event for the photo
opportunity.

There was no response from the Conservatives.

Going on past form, we can expect more of this sort of sparring online, in print and in the council chamber in the run-up to the by-elections, which will probably be held on May 4. Don’t say I didn’t warn you!

l There was an unusual item among the 35 bags of rubbish that were collected by Spring Clean volunteers in Nettlebed — a French version of Waiting For Godot (En Attendant Godot), which parish clerk Lucie Henwood tells me was found in the woods.

As most readers will know, the playwright Samuel Beckett’s original Forties text was in French.