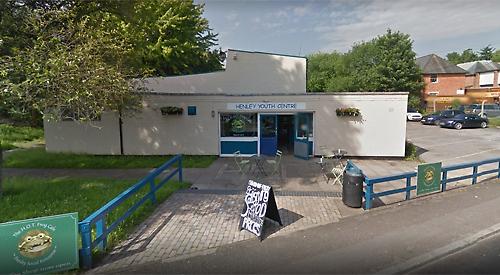 TRUSTEES of the former Henley Youth Centre site have been dubbed “irresponsible” for selling to a care home developer.

Deputy Mayor Will Hamilton said the land in Deanfield Avenue should have been used to provide affordable housing for young people.

B&M Care bought the land for £3million in April 2015 and has applied for planning permission for a 65-bed care home.

The site was earmarked for 23 homes in the joint Henley and Harpsden neighbourhood plan but the Thamesfield Youth Association, which owned it, says it was obliged to secure the best financial outcome under Charity Commission rules.

However, Councillor Hamilton said a care home would be “totally contrary” to the plan and the sale should have been discussed with the neighbourhood plan group as the process was in “full flow” at the time.

Speaking at a meeting of the town council’s planning committee on Tuesday, he said: “It is very unfortunate we are in this situation.

“There is no affordable housing on it and, quite frankly, the trustees of the Thamesfield Youth Association have been irresponsible in terms of selling this on.

“We need to do what we can and if that means a compulsory purchase order then South Oxfordshire District Council should look at that.”

Clive Wilkinson, who chairs the trustees, told the committee that the site should not have been included in the neighbourhood plan.

He said that when it was sold the plan group was told the details but the site was still included in the plan that went to a referendum seven months later.

“The offer we accepted was the best for the youth centre and the young people in the town,” said Mr Wilkinson. “We have given away £145,000 to the town which we wouldn’t have done had we not had that.”

Committee chairman Simon Smith said that if planning permission was granted there would be too many care homes in the town.

He said: “Looking at the Henley constituency figures, 21 per cent of Henley is over 65, of which only four per cent are in care homes.

“We are going to be oversubscribed in this town. All this home is going to be filled with is people from outside the town.”

Councillor Kellie Hinton said she didn’t want to see a care home on the land but said the trustees were not to blame.

“They have done what they were obligated to do,” she said. “I am sure the trustees wanted something for the youth of the town but in getting the money that they did they can contribute in many other ways.”

Mayor Julian Brookes said charities could apply to the Charity Commission to be exempt from the normal rules if they wanted to sell to a particular bidder.

Councillor Stefan Gawrysiak said: “We should absolutely fight this application but there should be no criticism of the youth centre for getting the best price.

“The site was sold to this developer on the clear understanding it was in our neighbourhood plan for flats. If they have overpaid for that site, that is their problem.

“What we have got to do is mount a strong campaign with the district council that our neighbourhood plan is sacrosanct.”

Written onjections have been submitted by residents.

Jim Munro, of Blandy Road, Henley, said: “This site was designated for normal housing, including 40 per cent affordable units, within the neighbourhood plan and a care home does not comply with either of these important criteria.”

Mike Cawthra, of Remenham Lane, said: “I was massively saddened to read of another potential care home for Henley in last week’s Henley Standard.

“I was shocked and disappointed when the affordable housing that was planned for the Jet garage on Reading Road was changed to care homes and again when the former LA Fitness site was changed and horrified that another has been mooted.

“I’ve lived in Henley all my life and have found myself considered as a youngster at 44. When a Saga tour drops a bus load off in town the average age goes down!”

Joan Clark, of Laud’s Close, said: “Enough is enough! Don’t turn Henley into a geriatric ghetto! Our neighbourhood plan, democratically devised and approved by the people of Henley, has been ignored twice already. Don’t make it three times in a row!

“We already have around 550 assisted living accommodation units or care home rooms in Henley. That is one for every 20 residents of Henley and Harpsden. We don’t need more places, we need more affordable homes.

“Supplying more care places will just draw in older people from the surrounding area and the young people of Henley will continue to have to move away. Henley will become the geriatric capital of the Thames Valley.”

B&M Care, which was one of 27 bidders for the site, already operates 23 care homes in four counties, including Berkshire and Buckinghamshire.

The home would be L-shaped and up to 3.5 storeys high with parking spaces for 17 vehicles, including two disabled spaces while providing 50 full- or part-time jobs to cater for local elderly people with different levels of dementia.

The land was put on the market when the trustees said it could no longer afford the youth centre’s £45,000-a-year running costs. The sale included a derelict plot behind the centre which was owned by The Henley College.

The committee agreed to object to the application and the district council will make a final decision by May 26.