Caring Emily thinks of others on her birthday 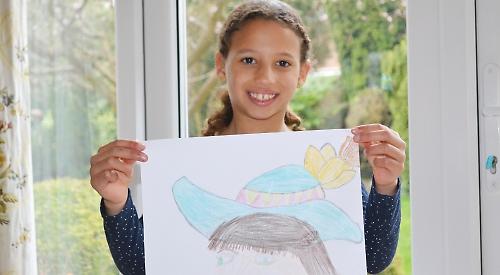 WHEN it comes to birthdays, most children get very excited, especially about what presents they might receive... but not Emily Southgate.

This little girl raised money for charity at her eighth birthday party instead of asking for presents.

Emily celebrated with a “toonie party”, which are common in Canada where her father Christopher grew up.

Rather than buy a present, guests give a “toonie”, a two dollar coin, which goes towards a gift.

Guests at Emily’s party at her home in Blandy Road, Henley, were invited to give £2 which she then donated to Families and Schools Together, an early intervention programme which supports children’s learning at home and is run by Save the Children UK.

Emily, who attends St Mary’s School in St Andrew’s Road, says: “I was upset that other children were not able to go to school. Some of my friends wrote in the birthday cards what a good idea they thought it was. I’m hoping the whole thing with the party will encourage other children to do the same and help others.”

She raised a total of £96 as some parents of her friends gave more than £2. This was added to the £65 that she raised in December by drawing 12 pictures and then selling them to neighbours and friends with the help of her mother Alison and sister Daniella, six. Each person who bought one received a home-made cookie as a thank-you.

Mrs Southgate says: “Everyone was really, really generous. We took all the change to the bank and put it into £20 stacks, then we came home and I showed Emily how we made the donation through the charity’s website. We didn’t want the money to disappear into the wider charity so Emily wrote a letter to say it was for FAST. We are hoping they will write back. She did very well.”

FAST runs programmes to help parents, children, teachers and communities work together to support the need to fulfil their potential at school. For more information, visit www.savethechildren.org.uk