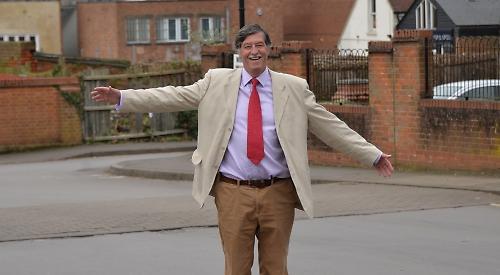 PLANS to introduce a one-way system at a Henley car park during building work will cause traffic chaos, says a town councillor.

Catalyst Capital is planning to create 14 flats and 16,000 sq ft of retail space with the redevelopment of Market Place Mews.

The work is expected to take 14 months but the start has been delayed.

When it does begin, the developer is proposing that drivers will only be able to access King’s Road car park at the entrance by Henley library and only exit at the point nearest the town hall, both of which are currently open to traffic going in and out.

Councillor Stefan Gawrysiak said: “The entry arrangements will cause chaos and are unnecessary.”

He said the car park entrance near the library would become clogged with cars and lead to tailbacks in both directions along King’s Road and possibly even
further.

A spokeswoman for the project management team said the traffic management system had still not been finalised.

She said: “We are currently in the process of consulting neighbours of the site regarding access during the works, while also working alongside South Oxfordshire District Council to minimise disruption and enhance signage in the area.

“When the final solution is agreed full information will be released.”

Earlier this month, town councillors opposed the loss of three parking spaces to make way for a new electricity sub-
station as part of the development.

The sub-station would be located in the north-west corner of the car park and would “future-proof” the electricity demands of businesses in the new-look mews.

Planning permission for the redevelopment was granted in 2007, when it was owned by the DeStefano Property Group, which later went into administration.