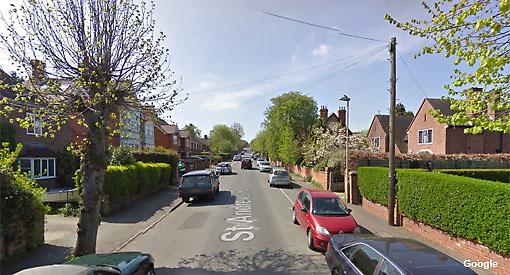 A HEADTEACHER has backed a call for speed bumps to be installed on the road outside his school.

Rob Harmer wants to slow down traffic using St Andrew’s Road in Henley amid fears for the safety of children at St Mary’s School.

A traffic speed survey carried out in January 2015 found that more than 100 drivers a day had reached speeds greater than the 30mph limit, although the majority of road users drove within the limit.

Mr Harmer is now seeking permission from Oxfordshire County Council, the highways authority, to install digital speed awareness signs in the road and has written to the town council asking for its support.

But he is also supporting a call by David Morris, who lives in St Andrew’s Road, for traffic-calming measures.

Mr Morris wrote to Councillor David Nimmo Smith, who is the county council’s cabinet member for environmentt and a town councillor, calling for action.

He said: “In 2015 more than 100 cars a day were breaking the speed limit on this stretch of road — no mean feat considering that the monitoring point was less than 50m away from a crossroads requiring traffic to give way.

“Hence we can see that drivers weren’t just inadvertently slightly over the limit but were deliberately driving at excessive speed, a practice that we have been reporting to you for more than two years already.

“I can assure you that since this survey took place the situation has become much worse with the increase in traffic that has taken place.

“It must be of concern that such blatant, reckless driving is taking place where young children are frequently crossing the road.

“Signage and lower speed limits on their own will not deter these dedicated offenders. That is why I am asking you to support the installation of physical traffic-calming measures.

“I am convinced that speeding past the school will not be prevented unless speed bumps or a speed camera are installed on this section of road.”

Mr Harmer said: “I really do feel that this should be a council-funded initiative and I fully support Mr Morris’s [call for] traffic-calming measures.

“I also cannot believe that this data has been known for the past two years and nothing has been done about it.”

Two weeks ago, a vehicle hit a bollard at the junction of St Andrew’s Road and Vicarage Road.

Mr Harmer said: “If a child had been on the pavement at this time I hate to think what could have happened. Please can you address our request to slow the traffic as soon as possible?”

The school’s request for signage was discussed at a meeting of the town council’s traffic advisory committee which agreed that speeding was not a problem in the road but agreed to support the application if the school funded it.

Patrick Fleming said parents of children at the school were part of the problem.

He said: “St Mary’s are being disingenuous — they are causing the problem. Their parents are parking on the junction, blocking people’s sight. Yes, it does need a solution but theirs is not the one that is needed.”

Councillor Nimmo Smith, who also lives in St Andrew’s Road, said: “I find it difficult [to believe] that at 3pm any car can go above 35mph. The vast majority are doing between 20mph and 30mph.

“While we understand the concerns of the school, it is a perceived rather than an actual problem. If they want to fund it then I have no problem with that.

“Even though traffic is doing less than 30mph anything that can make it even safer gets my blessing.”