Noctor and Niland in fine form for Hawks U8s 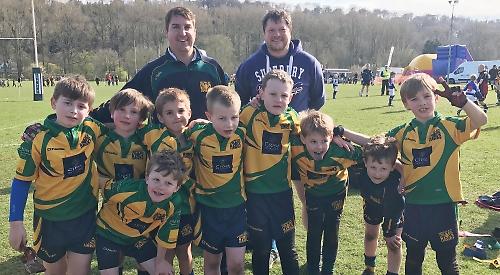 Henley A played won four and drew one of their matches with Joe Noctor standing out with a couple of good interception tries.

Special note was made by the Marlow referees of the team’s display of rugby’s TREDS values — Teamwork, Respect, Enjoyment, Discipline and Sportsmanship — with all the side awarded a pair of TREDS laces for their efforts.

Henley B competed hard against tough opposition in their pool and finished with a win, a draw and two
losses. Luke Niland was awarded his TREDS laces for an excellent display of rugby’s values.