Care home land 'must be redeveloped with affordable housing' 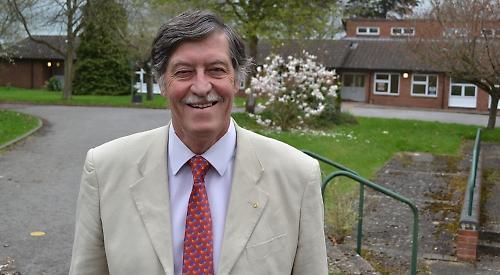 THE site of a former care home in Henley should be developed as soon as possible in accordance with the neighbourhood plan, says a councillor.

The land off Greys Road is owned by Oxfordshire County Council and believed to be worth £5million. It has been earmarked for 27 homes, including 40 per cent affordable, in the neighbourhood plan.

It has been vacant for four months after the Chilterns End care home was closed and the residents moved to the new Chilterns Court Care Centre on the Townlands Memorial Hospital campus.

Town and district councillor Stefan Gawrysiak said he feared the county council would not get round to considering the site for another two years.

“I would have thought it would have been immediately available to develop. If it is sold to a developer the county council will get £5million for it, which could be used for vital services in the south of Oxfordshire.

“Plus the site is costing the county council money for all of the associated security. It is really important that all the sites in the neighbourhood plan are realised as soon as possible to provide the 40 per cent affordable element, especially as we have lost sites to care homes and also had reductions in the amount of affordable on some of the sites. We’re 100 affordable homes down on the plan.”

He added: “If this site is worth £5million, which I believe it is, and there are lots of sites all over the county, let’s say 20, that means that the county council is sitting on £100million of real estate which is surplus to requirements and doing nothing.

“That is an appalling waste on a shocking scale and it shows how badly run Oxfordshire County Council is.”

David Nimmo Smith, a Conservative town councillor who is hoping to retain the county council seat, said a review of the county’s assets was currently taking place.

“What the people of Henley don’t necessarily appreciate is the extent of the property portfolio the county council has got,” he said. “It’s quite wide and varied. We’re in the process of reviewing it in phases. We can’t do it all at the same time because we haven’t got the resources and it’s not the right way to do it.

“Henley is not in phase one, it will be in phase two or three and that won’t start for another year.

“The county council is well aware of the neighbourhood plan and the timescales of the plan and that site will be developed within that period.

“There’s no overwhelming urgency to develop all the sites in the plan now. If everything was developed now there would be a glut in the market and not all the houses would be sold.

“The best way is to phase developments over the neighbourhood plan time period.