I received £60 parking fine while helping a sick man 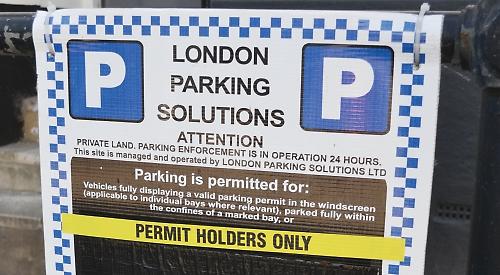 A WOMAN is angry after being given a £60 fine for parking illegally while helping a sick man back to his home in Henley.

Janey Maple came to the rescue of John Robinson when she saw him outside the d:two centre in Upper Market Place looking unsteady on his feet and confused.

Mrs Maple, 55, of Gravel Hill, borrowed her son’s Vauxhall Corsa to drive Mr Robinson the short distance to his home as he was unable to walk.

The car is thought to have been photographed while parked near the Old Fire Station Gallery and Mrs Maple was helping the 69-year-old.

A few days later, her son Harry, 20, received a penalty notice saying the car had been parked in a permit holder’s parking space without a permit.

Mrs Maple wrote to London Parking Solutions to explain the circumstances but the company has refused to rescind the fine.

Mrs Maple said she had been for a coffee with a friend and was walking back home past the gallery when Mr Robinson called out to her, asking if he could borrow her phone.

“He was very, very shaky, very weak, confused and frail,” she said. “The first thing I wanted to do was to make sure he could sit down.

“I crossed the road to talk to him and I suggested we move to outside the gallery where there is a bench so he could sit. While there, he used my phone to make a couple of calls.

“He felt unwell so I went into the gallery to fetch him some water. He was too weak to move really. He tried to take two or three steps but said, ‘I can’t do much, I’ll have to sit down again’.

“Despite two attempts to help him walk up to his it was clear he wasn’t stable enough, even with the extra assistance of a sculptor who was exhibiting at the time and also came to assist.”

Mrs Maple, who works as an office manager and wedding registrar, went home to pick up her son’s car, which had been parked at her and returned to the gallery to pick up Mr Robinson.

She said: “I didn’t think for a nano-second that somebody would be that mean to give me a ticket. We got him into the car and drove him up to his house and he was too unstable to get out of my car.”

She was only able to help Mr Robinson into his home with the help of firefighters from West Street fire station.

Mrs Maple said: “The firefighters literally carried him from the car to his front door.

“I called his GP. There was no way I would have left him on his own so I wanted to make sure somebody else would come. His neighbour said he would stay with him, so I went home and didn’t think anything more of it.”

A few days later her son received the notice at his home in St Helen’s Avenue, Benson.

Mrs Maple said: “He texted me most disgruntled to say, ‘you have got a parking ticket when you had my car’. I couldn’t think what I’d done so he sent me a copy and I thought ‘that rings a bell’.”

She emailed London Parking Solutions, explaining what had happened.

“I didn’t think for a minute they would carry through with it,” she said. “I thought there was a perfectly reasonable explanation — I was trying to get a sick man home.”

Two days later, the company replied to say the fine stood, so she has now appealed. Mrs Maple said: “I’m , really indignant and very angry. I’m absolutely furious that despite having the information they still say the ticket stands. I was trying to help this man, who was clearly in distress, and it has blown up in my face.

“It’s human nature that you would stop to help a fellow man in need, which is exactly what I did, and I can’t believe they can’t see that viewpoint.”

Mr Robinson, who has since recovered, said: “It’s completely unreasonable — just doing your Good Samaritan bit and you get a ticket.”

He offered to pay the £60 fine but Mrs Maple said she wanted to fight the penalty on principle.

Mr Robinson said he was visited by a district nurse last month and she was also fined after leaving her car in the cobbled area near the gallery for 10 minutes.

In its reply to Mrs Maple, London Parking Solutions said: “Notice of the terms and conditions of parking is served by way of numerous large warning signs which are displayed prominent places throughout the site.

“While we sympathise with the situation you were in, this site is for permit holders only and as a permit was not on display in your vehicle, this penalty charge notice was issued.”

The company refused to comment when contacted by the Henley Standard.