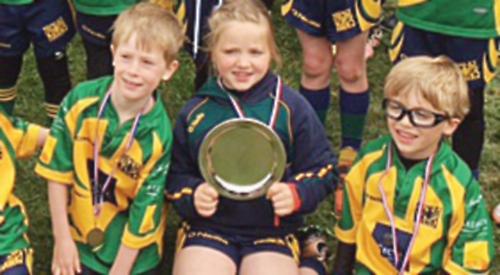 Following hard fought pool victories against sides from Oxford Harlequins, Witney, Faringdon, Gosford and Chipping Norton, two teams from the Henley squad of four sides went on to play each other in the top of the pool clash semi-final, before ultimately beating Bicester in the main final and Grove Tigers in the second final to leave the squad as county champions.

There were several outstanding performances including those from Freddie Unwin and Barnaby Winters who helped secure an extremely high try count for the winning squad, supported by the effort from the second placed Henley team of Archie Butlin, Finn Robinson, Charlie Nelmes and Edward Tavinor, who played all of their seven games in exemplary fashion.