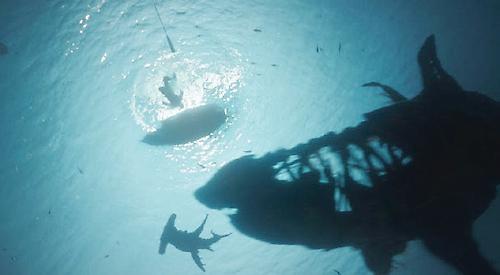 ORIGINALLY planned as a trilogy, the tremendous success and popularity of the Pirates of the Caribbean franchise has ensured the swashbuckling series continues almost 15 years after its inception.

Make no mistake, these films are seriously big hitters — the second and fourth film grossing more than $1billion worldwide and, so far, the franchise has grossed $3.73billion across the globe.

It comes as no surprise, then, to find a fifth instalment sailing on to our screens this week in the shape of Pirates of the Caribbean: Salazar’s Revenge.

Putting aside the usual gripes about sequels being made for the sole motivation of money, this franchise has proved it has universal appeal and it’s not difficult to see why. Firstly let’s look at it’s production pedigree. Action impresario Jerry Bruckheimer seems to have a unique ability to seek out box office hits. Almost everything he touches turns to gold.

His CV will be familiar to every teenager who, like myself, grew up in the Nineties, when the action genre was still experiencing its golden age. Crimson Tide, Bad Boys, The Rock, Con Air, Armageddon, Enemy of the State — you get the picture.

Then there are the stars. With the likes of Hollywood heavyweights Johnny Depp, Geoffrey Rush and Orlando Bloom on board, you can’t go too far wrong.

Finally, there’s the sheer excitement and exhilaration these films bring to audiences. The series is about pure escapism and entertainment — gripping stories with plenty of action — and this latest instalment promises to be just as much fun.

A down-on-his-luck Captain Jack Sparrow (Depp) is thrust into an all-new adventure when the hulking Captain Salazar (Javier Bardem) escapes from the Devil’s Triangle with his deadly ghost sailors, hell-bent on eliminating every pirate from the seas. Obliged to make an awkward alliance with a beautiful young astronomer and a headstrong young seafarer, Jack also ropes in a few familiar faces on his quest for the Trident of Poseidon — his only hope of survival.

My only reservation here would be with co-directors Joachim Rønning and Espen Sandberg, who appear to have limited experience within Hollywood.

However, parallels could be drawn with their 2012 work Kon-Tiki, a historical drama depicting a 1947 expedition by raft across the Pacific Ocean from South America to the Polynesian islands.