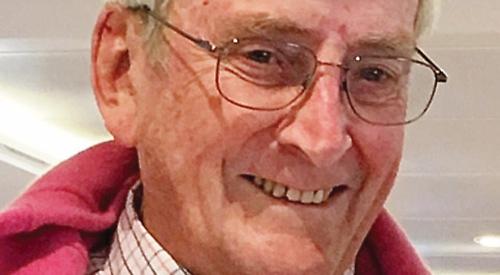 JULIAN PHILIP ALLISON, known as Philip, died peacefully on June 18, surrounded by family, at the Sue Ryder hospice in Nettlebed, where he was supported by the excellent medical team. He was 82.

Born in 1935 to Charles Ralph and Winifred Rita Allison, Philip had three siblings, Jane (Janey), Simon (Simmy), who died in 2013, and Judith, who died as an infant.

Philip’s childhood was shaped by his father’s headmastership of Brentwood School from 1945 to 1965.

He was schooled there and then at Felsted, before studying architecture at the Northern Polytechnic.

Philip inherited his father’s love for teaching and taught architecture at what is now Oxford Brookes University, where he enjoyed a successful and happy career.

Being quick to recognise the value of computers in his field, he initiated and led the computer-aided design course.

As a practising architect, his gift to his family was to design and build their modernist, much-loved family home, Carpenter’s House in Stoke Row.

Philip married Caroline Wood in 1962, having three children, Lulu, Thea and Joe, and he was an active and loving father.

Physically fit, as well as rescuing children from trees and pulling dinghies full of them into the sea, Philip also enjoyed playing squash, cricket and rugby and going sailing, diving and climbing.

Philip loved his time teaching architecture at Brookes, always encouraging young minds to develop and loving socialising too. It was the perfect career for him.

His children and their young friends still recall him encouraging them to have confidence in their own opinions and to develop critical thinking about their burgeoning enthusiasms and choices. Philip was a true educator.

When his marriage to Cally ended, Philip moved to Headington in Oxford where he enjoyed friendships and poured energy into a political career with the Liberal Democrats, eventually becoming a local councillor.

Philip met Nansi Diamond in 2002, introduced to her by lifelong friends Lindsay and David Chesterton.

Nansi and Philip’s relationship developed quickly and he moved to Henley to be with her in 2003.

They were a great team with an extraordinarily rich and busy social life, featuring regular holidays and trips along the Thames in their boat. Philip rejoined Henley Rugby Club, having played there 50 years earlier, and became a loyal supporter.

In his last years, Philip took great pleasure from singing with Henley Choral Society, where he was as reliable in his attendance of the post-rehearsal pub sessions as he was of the rehearsals themselves.

Described as an “exceptional and big-hearted man” and a true gentleman by many friends, Philip was naturally sociable and loved to host and participate in parties and gatherings. His signature party outfit of red patent shoes and bright bow ties signalled his intention to enjoy life and its celebrations.