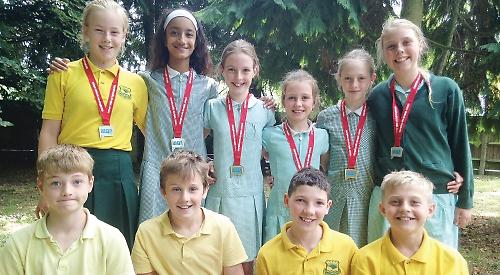 Facing some tough competition from throughout the county, the Valley Road swimmers had to swim a range of individual races as well as relays and out of 10 teams the boys finished joint fifth while the girls saw even greater success, finishing second overall.

Particularly notable performances were given by Lucy Herbert, who won her individual front crawl and the girls’ medley relay team of Herbert, Freya Smith, Katy Shaw and Anjali Shanker who comfortably won their race.

Consistently high placings in all the races ensured the high points finishes overall for Valley Road.