Club bowled over by turnout to revamped ball 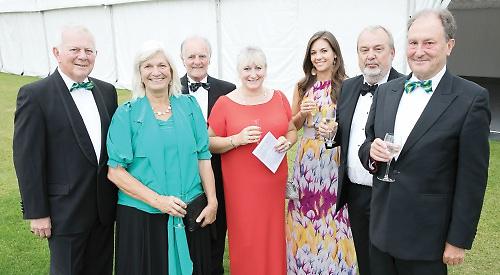 Guests at the black-tie evening, held on Saturday on the regatta lawns, enjoyed a champagne reception and canapés.

This was followed by a two-course meal of Marrakech lamb and couscous, followed by a chocolate pudding, provided by caterer Emily Rait.

The club’s fund-raising and sponsorship chairman David Winter said 216 guests attended, including more than 45 players as well as supporters, their guests and friends.

The evening included an auction with prizes including a holiday for two in the Maldives, partly donated by Savile Row Travel, a box at Lord’s donated by Invesco Perpetual, and a champagne dinner for 10 from Hotel du Vin.

Mr Winter said: “It was one of the biggest turnouts we’ve ever had — it was a phenomenal success. We made a lot of changes, we have got a lovely team running it now headed by Sue Laing. We had a new band called The Scoundrels, who were sensational, and we reduced the price of tickets.

“Henley Royal Regatta very kindly allow us to us the regatta lawns as we’re raising money to pay off our loan on buying the ground, which is down to £40,000.”

Mrs Laing, a club member and vice-president, added: “I’m absolutely delighted. I think it was the best ball we’ve ever had, according to everybody who came.”