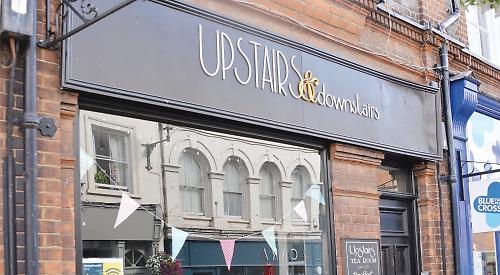 A TEA rooms and shop in Henley have closed down with its owner saying we have become a nation of coffee drinkers.

The shop sold specialist teas and tea accessories in a retail space on the ground floor while serving teas and snacks upstairs.

Miss Hillier, who is the deputy mayor of Henley, says the decision to close the shop was caused by a decline in customer footfall and the change in people’s drinking habits.

She said: “To be honest it was all to do with costs. The rates were not too bad and we could not blame it on competition and things like that.

“I thought at that time when we first opened that there was a bit of a trend of people wanting tea rather then coffee but that seems to have gone quiet. Coffee seems to have quite a strong hold. We are a coffee nation rather then a tea nation.

“I’m very sorry because we have some really lovely customers and regulars but we could not make it work financially, that’s the truth of it.”

She added: “There has been a change in people’s shopping habits and footfall is not what it was in town. We are seeing a great change in all towns, not just Henley.”

Last week a message was placed in the window of the shop, which is now up for rent at £20,000 a year, explaining the closure.

Miss Hillier, who recently moved just outside Henley, says originally she had hoped to start the business in partnership with someone else but that fell through and it was too late for her to back out.

She also says having the tea room and shop on different floors made it difficult to run.

Miss Hillier said: “People don’t want to sit upstairs. They like to go in and sit on the ground floor.

“It was a problem for elderly people, who like to go for tea, so that’s a disadvantage. You also couldn’t easily get buggies up the stairs.”

Despite this, in May, it received Finest Tea Rooms Award from This England magazine for “providing a warm welcome, excellent service and upholding the typically English tradition of afternoon tea.”

Miss Hillier says she will now be concentrating on her remaining business, the Hot Gossip coffee shop in Friday Street, which she has run for about 10 years.

At the rear of the shop is a separate room, called The Bakery, which will be used for pop-up tea afternoons.

She said: “We thought it made sense as in the afternoon we could use the bakery at Hot Gossip. That’s always the quieter part of the day for a coffee shop.

“With the other shop people would only think about having afternoon tea, which makes it difficult to get a full day’s trade. So I have had the idea of having a pop-up tea shop in the bakery, from about 2pm or 3pm to 6pm.

“We hope to start in September once the summer is done and the school holidays are out the way. I used to get quite a lot of bookings but I have never advertised for them. People feel the need to book for teas. I would rather be fully booked on certain days then empty all day on the other site.”

Cllr Hillier plans to launch a website to sell some of the specialist teas that were sold in her former shop.

Upstairs and Downstairs, which used to be Askew Art, becomes the third shop to shut on Duke Street this year.

Photographic studio and art gallery Henley Studio, which was run by Tim Ruddock, closed last month after eight years in the town. He said rent and business rates had risen so much that the business was no longer viable.

Barbara Easton, who ran the shoe shop of the same name since 1992, closed her premises in April when she retired. Both units are currently vacant.

Helen Barnett, town manager, said: “In Henley, we are very lucky to have a cohort of experienced independent retailers who help to ensure that it is a place that people want to visit. There are very few empty units in the town and if a unit becomes available it is being snapped up.

“Our visitor economy is strong and Henley has a magnificent reputation. We want to improve the visitor experience and have a holistic approach with our partnerships in the town on events and promotions to improve the vitality and footfall to benefit all businesses.”