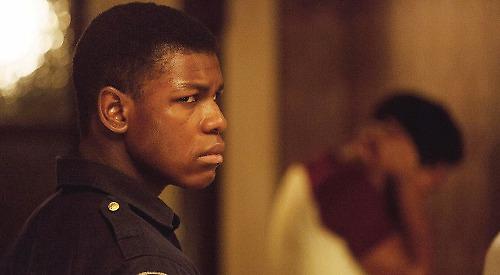 WATCHING a Kathryn Bigelow film is always a white-knuckle rollercoaster ride where the viewer is never entirely sure what is going to happen next.

Ever since her early success with 1987’s Near Dark and 1991’s cult surf action thriller Point Break, Bigelow has left audiences always wanting more high-octane thrills, but at the same grateful for a chance to catch their breath.

This skill came to the fore in The Hurt Locker, her 2008 Oscar-winning thriller about an Iraq War explosive ordinance disposal team, and 2012’s Zero Dark Thirty, which charted the hunt for Osama bin Laden.

It makes sense, then, that for her latest stint in the director’s chair she has chosen to take on another hard-hitting chapter in American history in the form of Detroit.

Centred on the events of 1967, which sparked the worst race riots in American history, the film focuses on the Algiers Motel incident which left three black men dead and several more brutally beaten. The film’s release commemorates the 50th anniversary of the event and is timely in other ways too.

It serves as a stark reminder of the divisions in American society which, sadly, still exist to this day.

In fact, many would argue that the United States has never been more divided than it is now.

Bigelow will undoubtedly have room to explore other difficult themes, including race relations, police brutality and entrenched racism.

For this outing she has chosen, wisely, to give some of the industry’s best and brightest rising stars a chance to shine. John Boyega, who won praise for his turn as Finn in Star Wars: The Force Awakens is joined by Will Poulter, who appeared in comedy We’re the Millers and the Oscar-winning The Revenant, along with Jason Mitchell, who won praise for his appearance as NWA rapper Easy-E in Straight Outta Compton.

Most importantly here, though, is the partnership between Bigelow and writer Mark Boal — the film sees them reunite after their previous successes with both The Hurt Locker and Zero Dark Thirty.

On the basis of this track record, another Oscar nomination should be something of a formality.