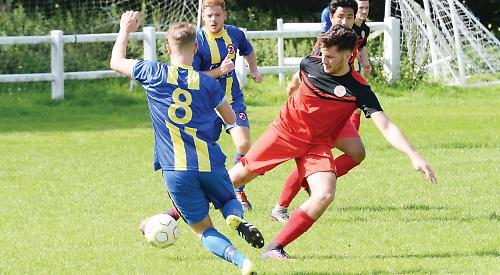 FOR the second week running Henley Town was indebted to their Romanian goalkeeper Cosmin Mariah whose saves prevented a much heavier defeat as the Red Kites went down 4-0 at home to Sandhurst Town.

As early as the third minute, 23-year-old Mariah made a fine save at the feet of Sandhurst striker Kylo Aktinson, a former Henley player.

The visitors could have been at least four goals ahead when Myles White put his side ahead in the 24th minute. Atkinson doubled his side’s lead on the half hour mark.

Mariah continued to make good saves but White put his side further ahead in the 67th minute and the hard-working Red Kites defenders kept Sandhurst at bay until Atkinson squeezed the ball past the Henley keeper to make it 4-0 with almost the last kick of the match.