Vital charity facing pressure like never before in 30 years 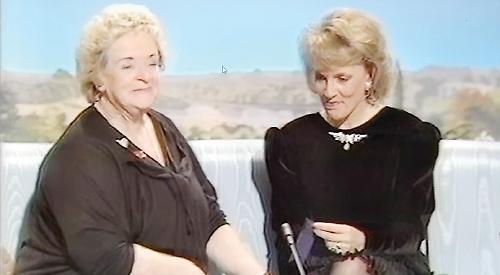 WHEN Lindsay Barnett was approaching the end of his NHS rehabilitation treatment following a motorcycle accident, his mother Roseanne asked his doctor what came next.

“There is no next,” came the reply.

Lindsay had suffered a serious head injury and, although his life had been saved by medical staff at the Royal Berkshire Hospital in Reading, his mother knew that he would need to find meaningful things to do for the rest of his life.

Mrs Barnett founded Headway Berkshire, as it was then known, in 1987 at the accident and emergency department at the former Battle Hospital in Reading for her son and other people like him in the area.

The charity later moved to the old Townlands Hospital in Henley and then to its present home at Brunner Hall in 2008.

It provides support, services and information to brain injury survivors, their families and carers as well as campaigning to reduce the incidence of brain injury in the Thames Valley.

Both Mrs Barnett and her son have since died but their legacy lives on.

Dr Trevor Powell, a consultant clinical neuropsychologist who has been the charity’s chairman for 29 years, said: “She was a very determined lady and she knew of others in a similar position.

Dr Powell, who works for the Berkshire Healthcare NHS Trust, had been Lindsay’s neuropsychologist and was contacted by his mother.

He explained: “Headway had been going for about a year and Roseanne said, ‘we have got a meeting with some of the managers from the Battle Hospital, would you like to come along?’

“I went along to this meeting on a Wednesday lunchtime and I had to leave early and whispered in her ear, ‘thanks Roseanne, if there’s anything I can do, give me a ring’.

“She rang the next day and said, ‘would you like to be chairman?’ I’ve been with the charity ever since.

Even so, the organisation grew gradually, serving Berkshire and South Oxfordshire, and developed an outreach service as well as providing sessions with clinicians.

In the late Nineties it moved to Townlands and spent about 10 years there before the move to Brunner Hall as the hospital was due to be redeveloped.

Dr Powell said: “We were in the hospital and the head-injured population were all over Berkshire. Members of staff would visit head-injured people in their homes and try to help them be more independent.

“I used to run a memory group once a week and developed these exercises for helping develop their memory. Roseanne used to say, ‘let’s get those little grey cells working!’”

A memory group still meets in Reading but the charity has faced tough times in recent years.

It used to receive £30,000 of NHS funding a year but lost this about 18 months ago and now relies heavily on fund-raising and the generosity of the public.

Clients tend to be funded by personal independence payments from local authorities and social services but these have also been cut.

This year, the charity is looking to raise more than £75,000 from the community and overall it needs £225,000 to continue its work. Dr Powell said: “A sign of the times is a lack of funding. Politicians talk about austerity measures but the effect of that is a charity like Headway almost going over the edge.

“In the last nine months we have had to ruthlessly cut back, which has been very upsetting, particularly to myself. We had to lay off a number of members of staff and we reduced the hours from four to two days a week.

“We have a physiotherapist that Headway clients can go and see but they have to pay for that.”

Dr Powell, 61, who lives in East Reading, added: “Henley has been very supportive and we’re determined to continue but we have had to really retrench, cut back and redesign the service basically.

“A head injury can happen to anybody, rich or poor, and can happen in a matter of moments. A million people a year attend hospital after some kind of head injury.

“What this country is very good at is saving people’s lives and the medical side of things but after that the person has got a lifetime of adjusting to their disability and learning ways of coping and Headway is the only game in town for that kind of long-term rehabilitation.”

One person who has benefited from Headway’s support is Jamie Higgins.

The former property developer suffered a brain injury while on a night out in Reading in March 2012.

He explained: “There was an altercation in the street between five guys I didn’t know and another guy I didn’t know. I tried to split it up and I was punched and fell and hit my head on the kerb.

“I was left unconscious and admitted to the Royal Berkshire Hospital. I don’t remember from 24 hours before the incident to three to four months afterwards. I was only unconscious for about 40 minutes or so but a scan showed I had a bleed on my brain, specifically the frontal lobe.

“For the first couple of days they were trying to keep me quite stable. On the third day they were going to transfer me to the John Radcliffe Hospital in Oxford where they specialise in brain injuries.

“When you have got a bleed the blood needs somewhere to go and it starts to take up the space in the brain and cause swelling.

“Fortunately, on the fourth day, the day I was supposed to be transferred, I started making improvements. The swelling naturally reduced so I was less critical at that point and managed to stay in the Royal Berks.”

Mr Higgins, 29, from Binfield, spent two weeks in the hospital before being discharged.

He continued: “Physically I didn’t have many problems. My balance was quite poor and I was extremely tired. I could still walk and use all my limbs.

“I was sent home with a bag full of drugs and I wasn’t with it and I don’t really remember it. My girlfriend Sophie expected me to make a full recovery and I had no follow-up appointment.”

But rather than improving, his condition began to deteriorate.

Mr Higgins, said: “My memory was appalling — I couldn’t remember something that had happened that morning. I was very argumentative. I was a different person to what I was before personality-wise. I wasn’t very coherent, I couldn’t talk very well. All these things I couldn’t see but my girlfriend and family could.”

After two weeks Sophie made an emergency appointment with a GP who prescribed more drugs and Mr Higgins had to wait eight months to see a neurologist.

He still struggled with reading as well as being in large groups of people and suffered from crippling headaches.

The couple ended up paying to see a neuropsychologist privately in London.

Mr Higgins added: “He asked me to start with 100 and take away seven and then keep going. I got to 93 and couldn’t figure out any more and I spent five minutes trying to get to the next number.

“It was really upsetting. He would relay a story to me and I had to repeat sections back to him and I couldn’t do that at all.”

Eight months passed before his NHS appointment came through and then a neuropsychologist ended up visiting his home for an hour a week for 10 weeks.

Mr Higgins recalled: “He told me about Headway Thames Valley and that they had a group called ‘living with brain injury’. I didn’t want to go at all. Hanging out with friends and family was hard enough, so a room full of strangers didn’t appeal to me whatsoever.

“In fact, it was a real turning point for me and it was the first time I’d met anyone else with a brain injury.

“Whether it was a stroke or the brain injury was the effect of a heart attack, all our symptoms were very similar and I immediately felt happier being able to talk to people who had similar problems to me.”

Mr Higgins said the course also helped him identify the triggers that would cause him to lose his temper and suffer headaches and he was able to change his lifestyle accordingly.

He also gave talks at hospitals about his experience, with the help of the charity, which he says gave him a sense of purpose.

In February 2014 a job for a driver and support worker at Headway came up and Mr Higgins applied and was successful.

Now he works as a co-ordinator and outreach worker for the charity, gradually increasing his hours from eight to 25, and offers advice on recovery to those who have suffered a brain injury.

Mr Higgins says he still suffers from fatigue and has to plan his days but he is now married to Sophie and they had their first child, Sebastian, earlier this year.

He added: “Without Headway I think I’d be in a very bad place. I certainly wouldn’t be working.

“I wouldn’t have a wife. Sophie was very patient and I don’t think someone could have taken much more of me at that point without that help.

“I was pushing people away from me all over the place because they didn’t understand my problems and I couldn’t articulate them.

“For me, Headway saved me and my family.”

If you can help the charity by volunteering, with a donation or by making it your chosen charity for the year, call fund-raising manager Zoe Lane on 07540 754979 or email zlane@headwaythamesvalley.org.uk